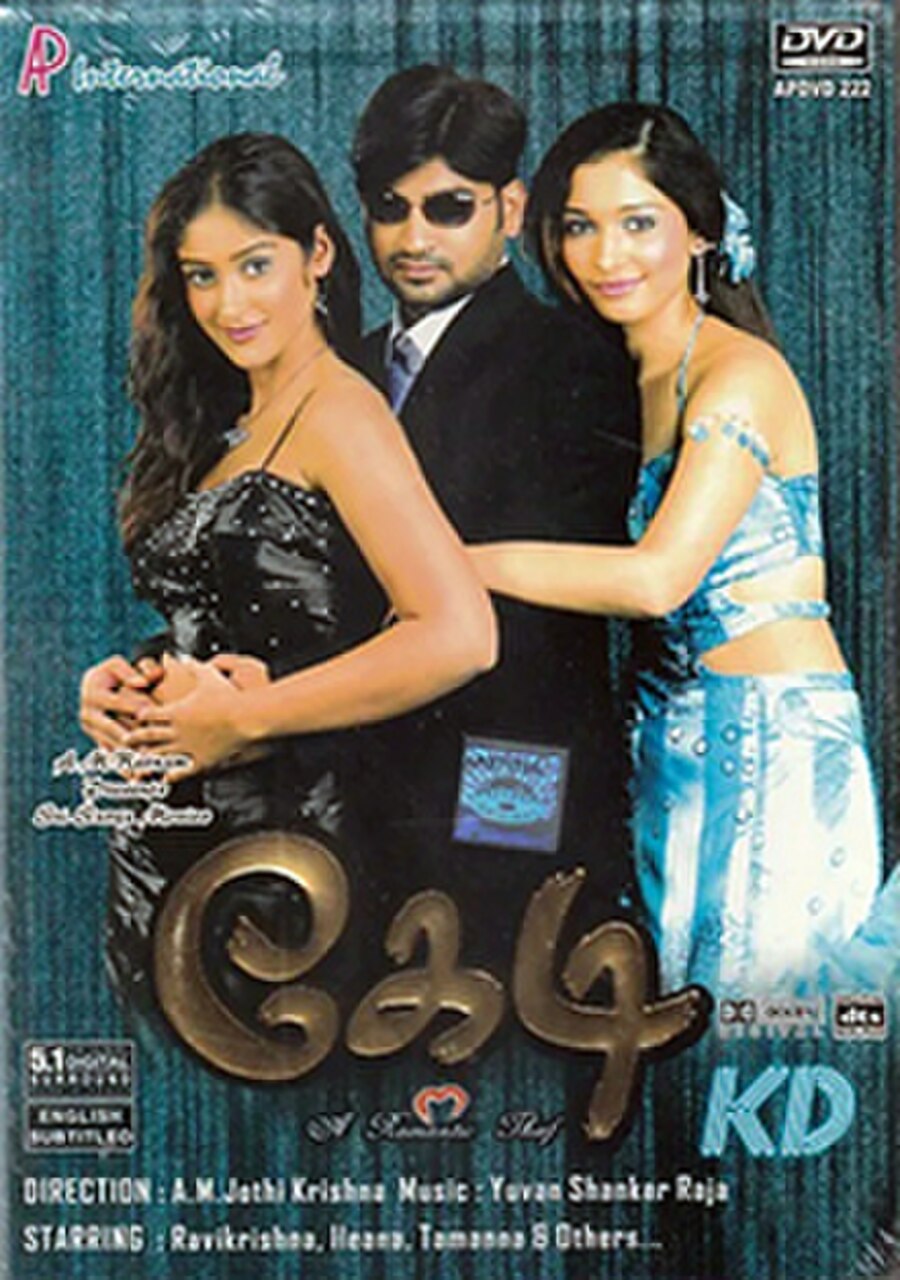 Kedi is a 2006 Indian Tamil language romantic action thriller film written and directed by Jyothi Krishna, who earlier directed the 2003 Tamil film Enakku 20 Unakku 18. Starring Ileana D'Cruz, Tamannaah and Ravi Krishna in the lead role, the film marks the Kollywood debut of the actresses Ileana D'Cruz and Tamannaah, where the latter plays a character with negative shades and the former plays love interest of Ravi Krishna whilst Ramesh Khanna, Atul Kulkarni, Adithya, M. S. Baskar and Suman Setty played supporting roles in the film. The film's score and soundtrack are composed by Yuvan Shankar Raja. The film released on 24 September 2006 and was later dubbed into Telugu and released as Jadoo. It was also dubbed into Hindi as Ishq Ki Aag. The film earned mixed to positive reviews in both Tamil and Telugu and commercial success.

Raghu (Ravi Krishna) is a happy-go-lucky youngster who is not serious about studies or life. He has a great time in college playing pranks with fellow students. His dad (M. S. Bhaskar) dotes on him and so do his close friends (Suman Setty & gang). A new girl Priyanka (Tamannaah) joins his class, and she is the sister of Pughazhenthy (Atul Kulkarni), a powerful gangster-turned-minister. Priyanka is born with a silver spoon, and the college gets a facelift as her classroom is fitted with an AC, and the canteen gets a hip look.