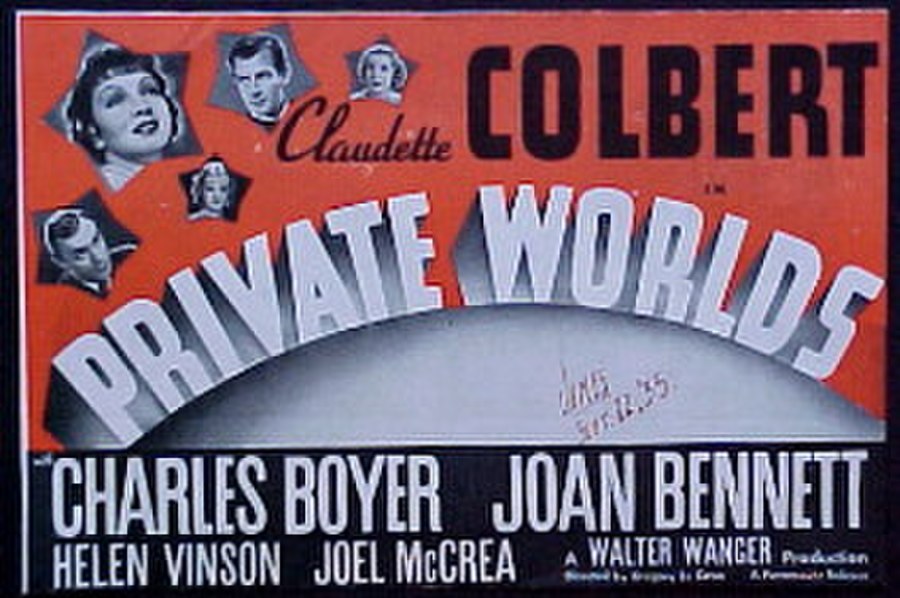 Private Worlds is a 1935 dramatic film which tells the story of the staff and patients at a mental hospital and the chief of the hospital, who has problems dealing with a female psychiatrist. The film stars Claudette Colbert, Charles Boyer, Joel McCrea, Joan Bennett, and Helen Vinson.

The film tells of problems in the lives of doctors and patients. A female doctor (Colbert) probes the twisted minds of her patients in a mental institution. The very caring psychiatrist and her colleague face discrimination by a conservative new supervisor.