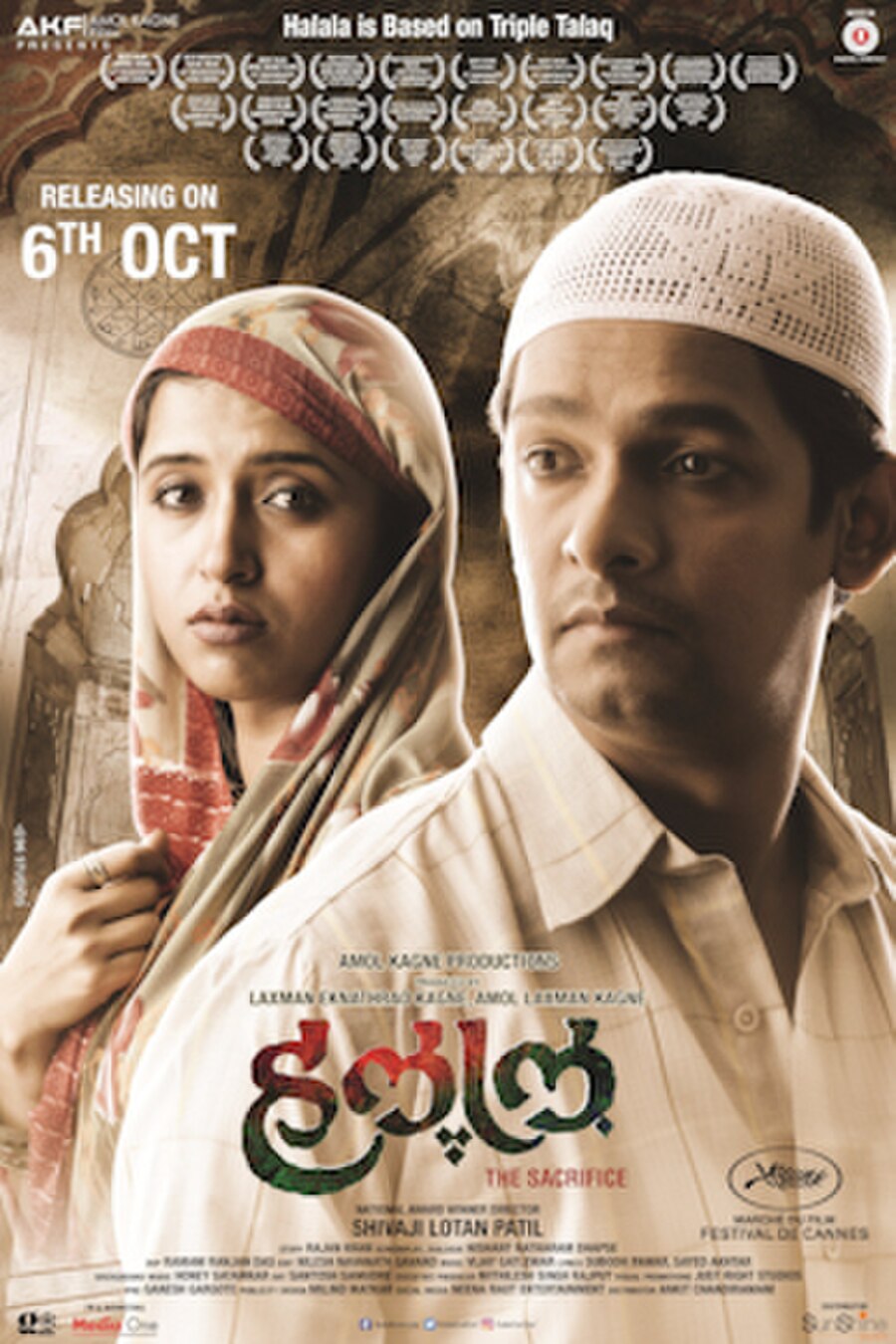 Halal (Marathi: हलाल) is 2017 Marathi language social drama film, directed by national award-winning director Shivaji Lotan Patil and produced by Amol Kagne, Laxman Kagne under the banner of Amol Kagne Productions. It is their first film, and it deals with the theme of loyalty, love and the institution of marriage that is deemed to be pious by the society. Portraying the family system of Indian Muslims, the film depicts human emotions, and the trials and the tribulations that women in our society go through. The film features Chinmay Mandlekar, Priyadarshan Jadhav, Pritam Kagne and Vijay Chavan in pivotal roles.