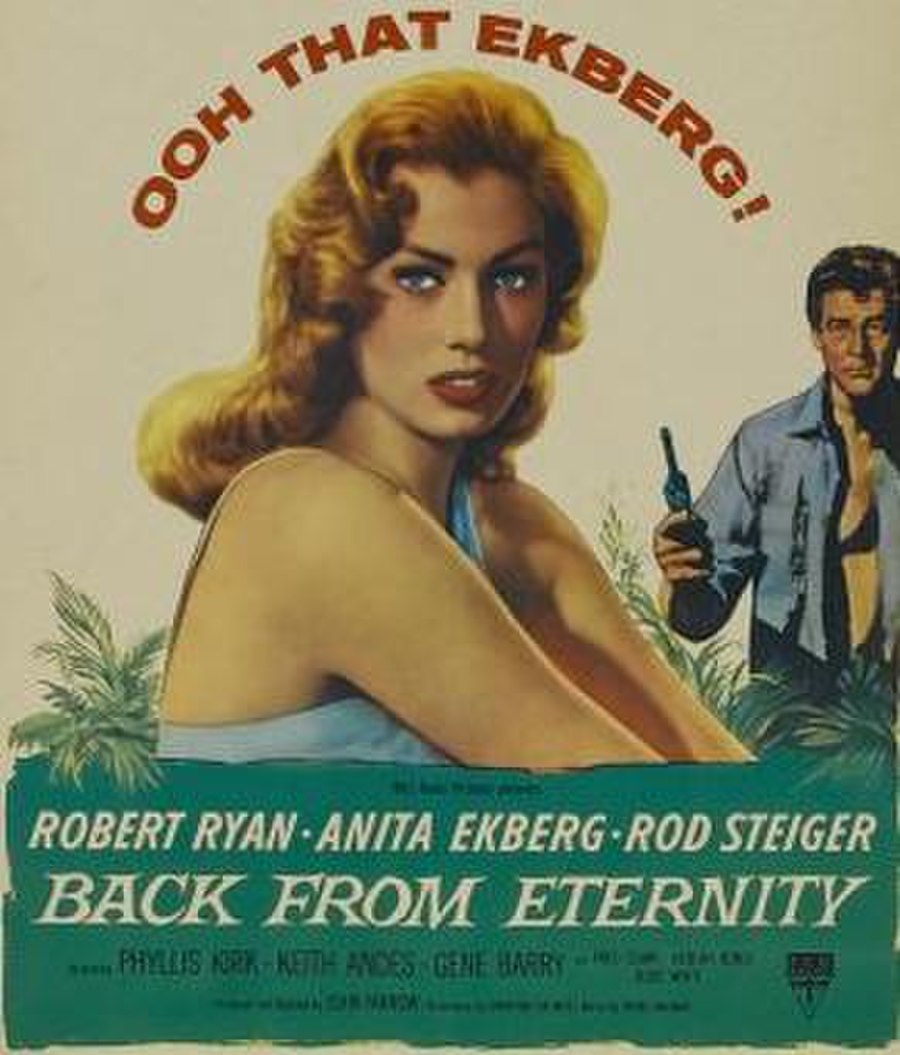 Back from Eternity is a 1956 American drama film about a planeload of people stranded in the South American jungle and subsequently menaced by headhunters. The film stars Robert Ryan, Rod Steiger, Anita Ekberg and Gene Barry. The film is a remake of the 1939 film Five Came Back, also directed and produced by John Farrow. Richard Carroll, who is credited with writing the story for Back from Eternity, wrote the original story for Five Came Back.

A Douglas DC-2, from a tiny South American airline, is piloted by Captain Bill Lonagan and co-pilot Joe Brooks, bound for (fictional) Boca Grande. The passengers are: Jud Ellis, escorting his new fiancée Louise Melhorn; repentant political assassin Vasquel, being transported back to the proper authorities by bounty hunter Crimp; mobster Pete Bostwick, accompanying the son of his boss, Tommy; elderly Professor Spangler, accompanied on a research trip by his wife of 42 years; and prostitute Rena, on her way to work a South American casino.