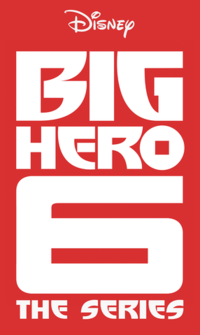 Big Hero 6: The Series is an American superhero animated television series that aired between November 20, 2017, and February 15, 2021. The series was produced by Disney Television Animation and was created by Mark McCorkle and Bob Schooley, also known for co-creating Buzz Lightyear of Star Command and Kim Possible. The show is based on Disney's 2014 film Big Hero 6, which itself is loosely based on the comic book series of the same name published by Marvel Comics. The series is a sequel as it takes place after the events of the film and uses traditional hand-drawn animation.

The series is set after the events of the feature film Big Hero 6 and continues the adventures of 14-year-old tech genius Hiro Hamada and the compassionate, cutting-edge robot Baymax created by his late brother Tadashi. Along with his friends Wasabi, Honey Lemon, Go Go and Fred, they form the superhero team Big Hero 6 and embark on high-tech adventures as they protect their city from an array of scientifically enhanced villains. Hiro also faces academic challenges and social trials as the new prodigy at San Fransokyo Institute of Technology (SFIT).