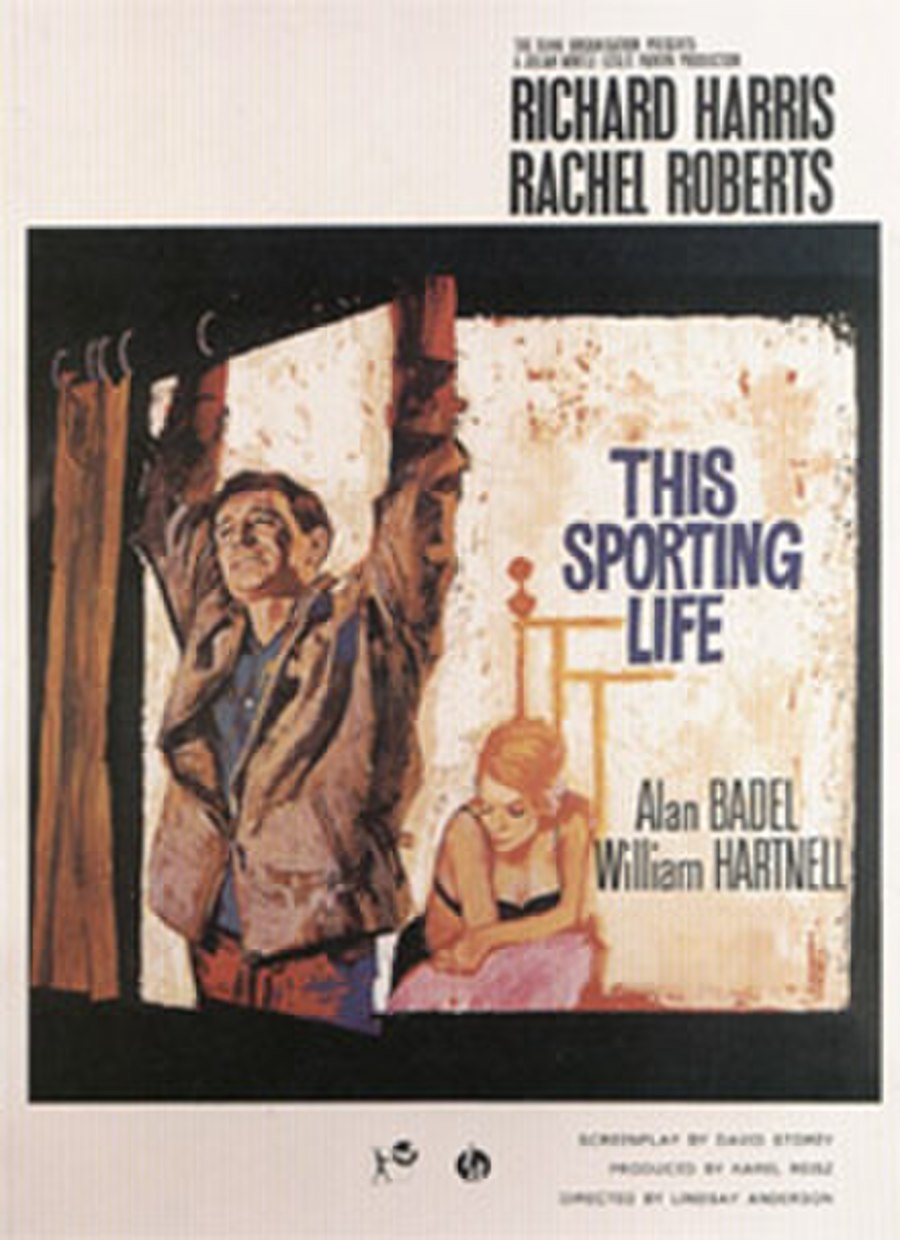 This Sporting Life is a 1963 British kitchen sink drama film written and directed by Lindsay Anderson. Based on the 1960 novel of the same name by David Storey, which won the 1960 Macmillan Fiction Award, it recounts the story of a rugby league footballer, Frank Machin, in Wakefield, a mining town in Yorkshire, whose romantic life is not as successful as his sporting life. Storey, a former professional rugby league footballer, also wrote the screenplay.

Set in Wakefield, the film concerns Frank Machin (Harris) a bitter young coal miner from the West Riding of Yorkshire. The story is told through a series of flashbacks when Frank is under anaesthetic in the dentist's chair having had his teeth knocked out in a rugby league match.