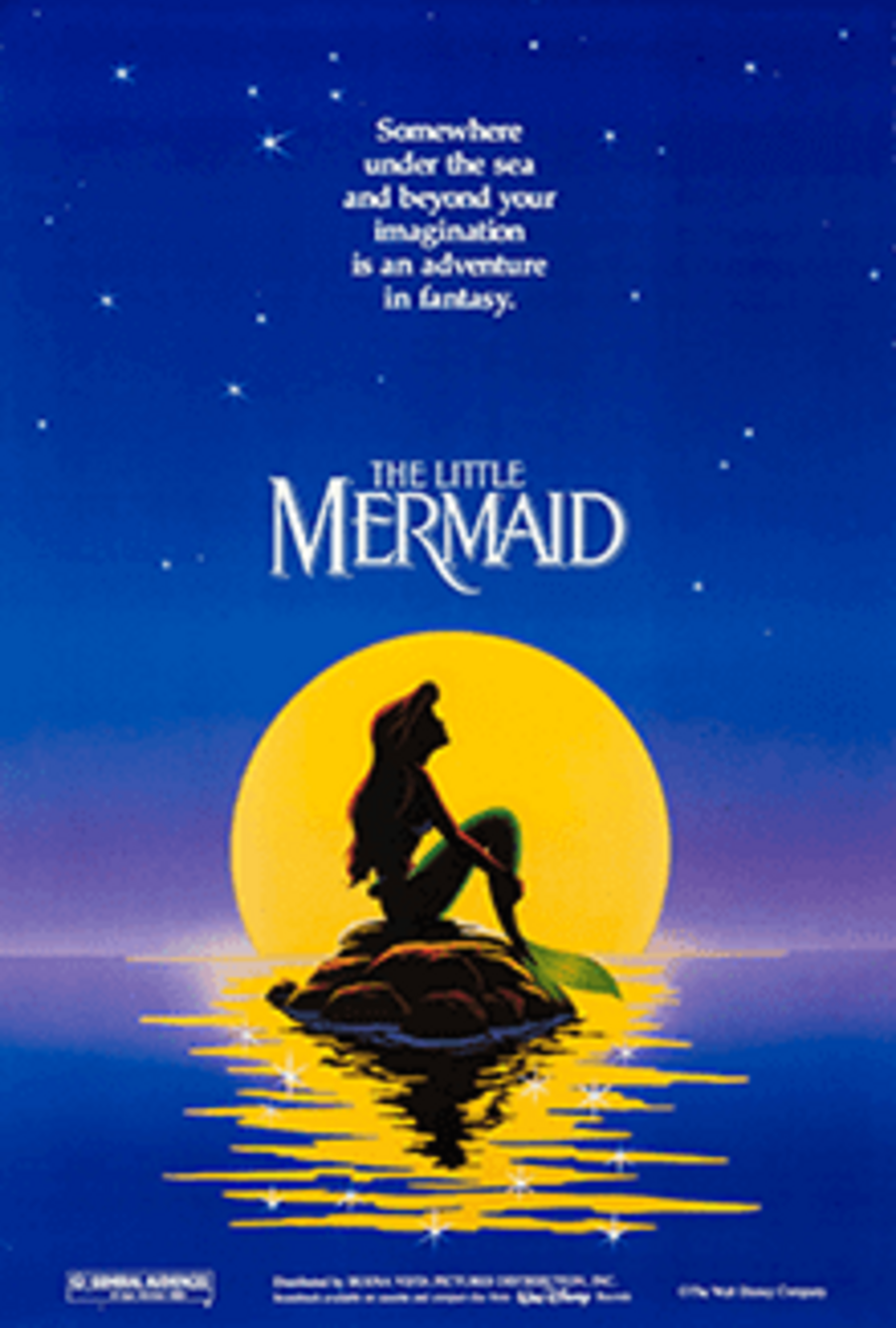 The Little Mermaid is a 1989 American animated musical fantasy film produced by Walt Disney Feature Animation and Walt Disney Pictures. The 28th Disney animated feature film, it is loosely based on the 1837 Danish fairy tale of the same name by Hans Christian Andersen. The film tells the story of a mermaid Princess named Ariel, who dreams of becoming human and falls in love with a human prince named Eric, which leads her to make a magic deal with an evil sea witch to become human and be with him. Written and directed by Ron Clements and John Musker, with music by Alan Menken and lyrics by Howard Ashman (who also served as co-producer alongside John Musker), and art direction by Michael Peraza Jr. and Donald A. Towns, the film features the voices of Jodi Benson, Christopher Daniel Barnes, Pat Carroll, Samuel E. Wright, Jason Marin, Kenneth Mars, Buddy Hackett, and René Auberjonois.

Ariel is a 16-year-old mermaid princess unsatisfied with underwater life in the underwater kingdom of Atlantica. She is fascinated by the human world, wanting desperately to become a human and live on the land. With her best friend Flounder, Ariel collects and keeps random human artifacts in her grotto and consults a seagull named Scuttle for inaccurate knowledge about human culture and the items she finds. Ariel's father, King Triton, and a crab who serves as his advisor/court composer named Sebastian, frequently warn Ariel that contact between merpeople and humans is forbidden.