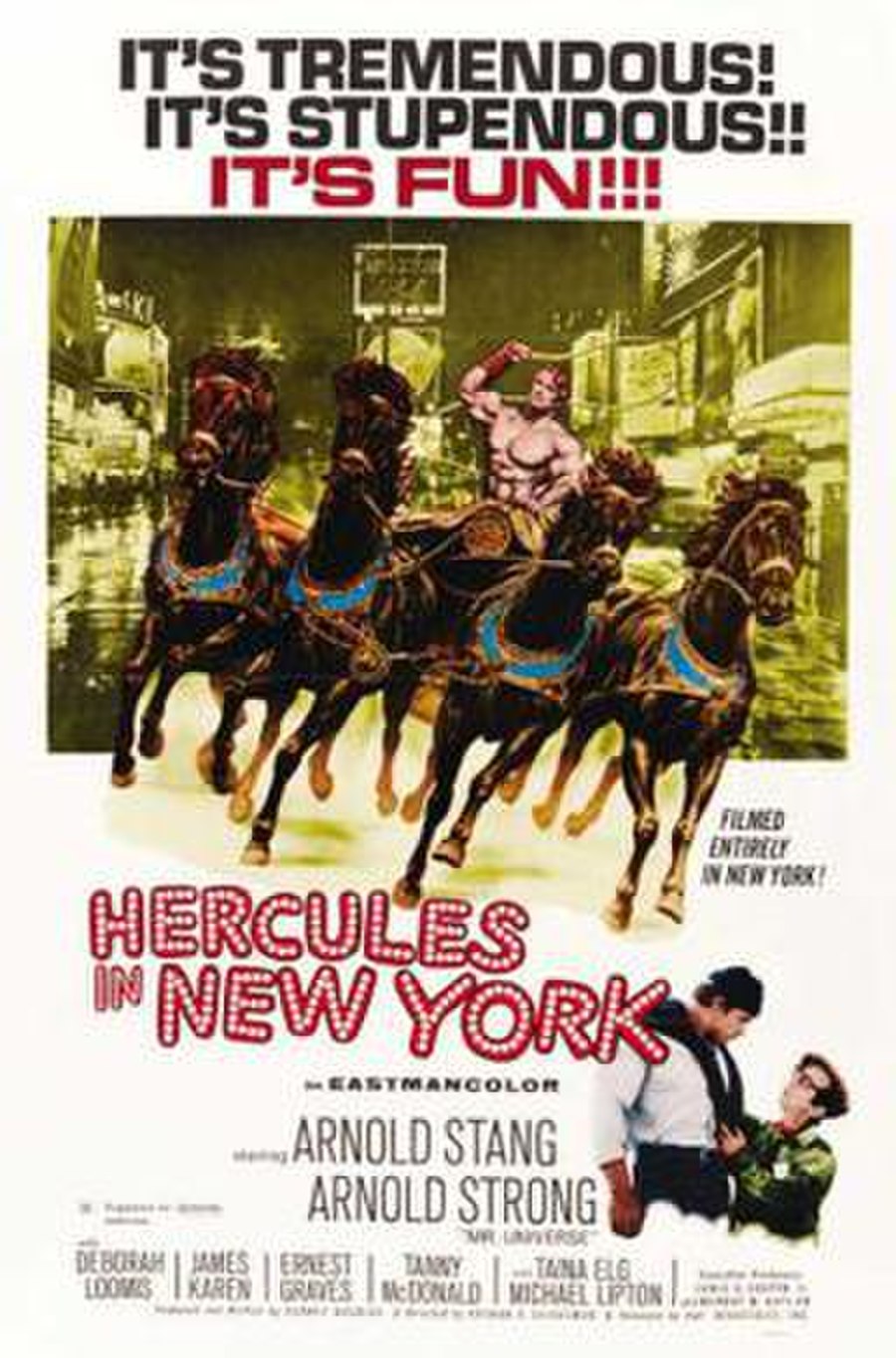 Hercules in New York is a 1969 American fantasy comedy film directed by Arthur Allan Seidelman and written by Aubrey Wisberg, who also served as producer. It was the first feature film to star a then-unknown Arnold Schwarzenegger, who was about 22 years old when the film was produced.

Hercules, at Olympus, berates his father Zeus for not allowing him to leave the gods' abode to adventure on earth. Eventually Zeus sends Hercules, on a beam, to the land of men.