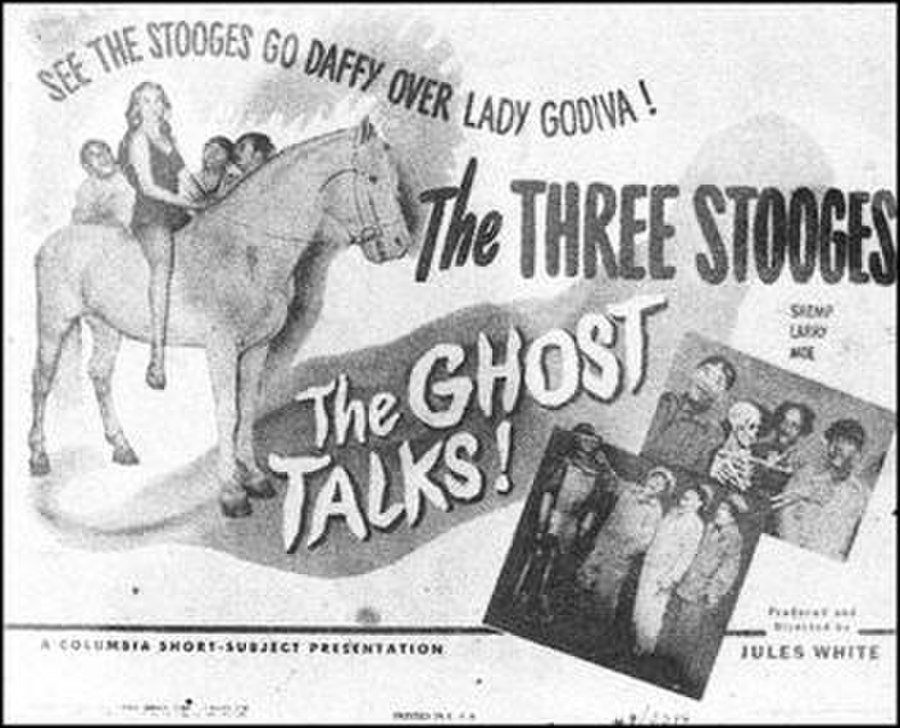 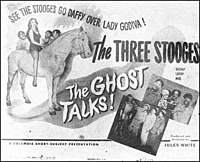 The Ghost Talks is a 1949 short subject directed by Jules White starring American slapstick comedy team The Three Stooges (Moe Howard, Larry Fine and Shemp Howard). It is the 113th entry in the series released by Columbia Pictures starring the comedians, who released 190 shorts for the studio between 1934 and 1959.

The Stooges are moving men assigned to move furniture out of the haunted Smorgasbord Castle. All goes well at first, outside of a few scares, until a clanking suit of armor inhabited by the ghost of Peeping Tom (voiced by Phil Arnold) scares the hapless Stooges, until he convinces them that he is, in fact, a friendly spirit. After finally gaining their trust, Tom tells the trio the story of his watching Lady Godiva (Nancy Saunders), only to get a pie in the face. In turn, his ghost is cursed and trapped inside the suit of armor, having been trapped for a thousand years.