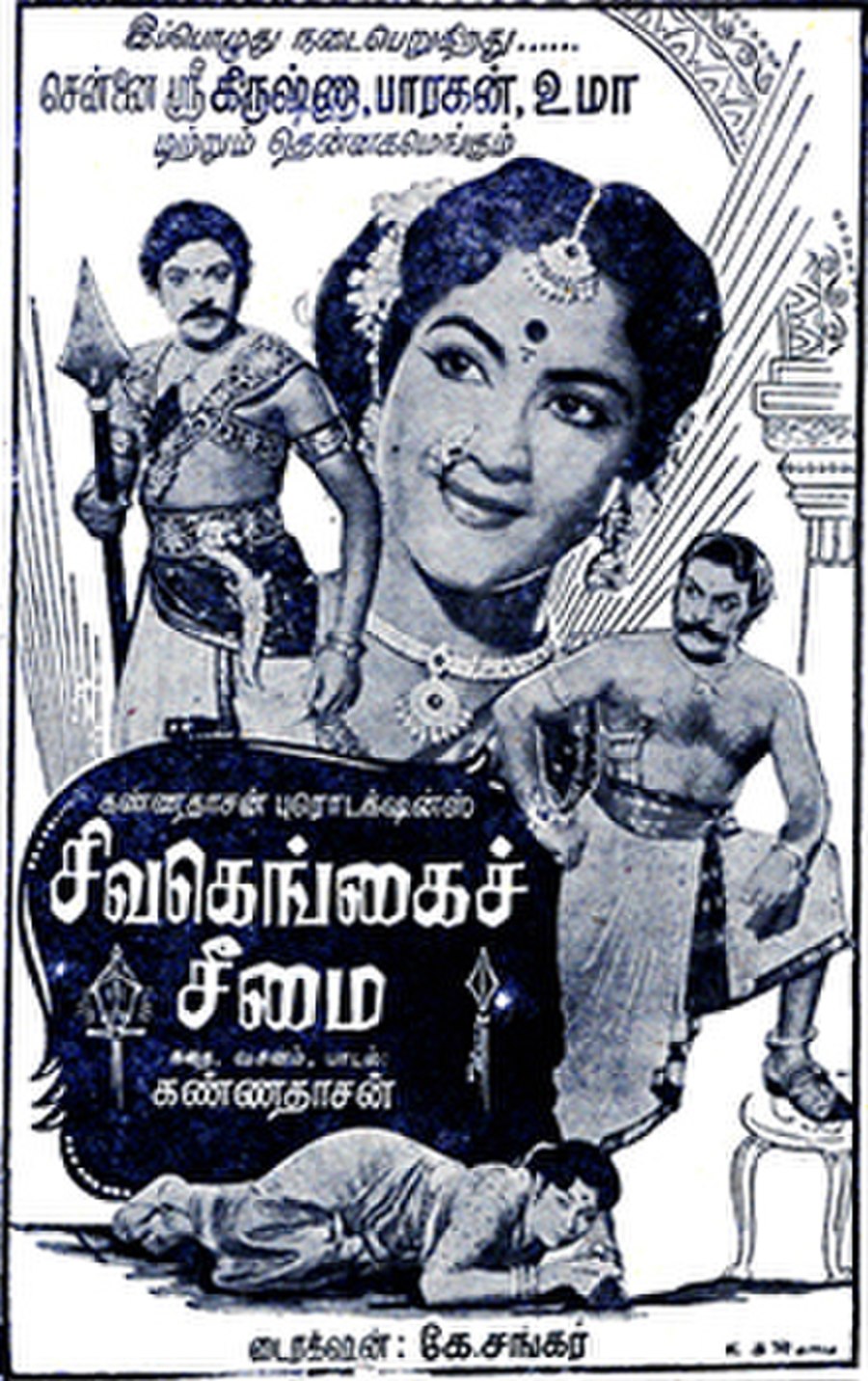 Sivagangai Seemai is a 1959 Tamil-language historical drama film directed by K. Shankar. This was Kannadasan’s second home production and he wrote the script and lyrics for the movie. It is based on the life of Maruthu Brothers. The movie's cast is S. S. Rajendran, S. Varalakshmi, Kamala Lakshmanan and M. N. Rajam in lead roles.

After the execution of Kattabomman on 17 October 1799 at Kayattar, Chinna Marudhu gave asylum to Kattabomman's brother Oomadurai. The British used this reason to invade and attack Sivaganga in 1801 with a powerful army. The Maruthu Pandiyars and their allies were quite successful and captured three districts from the British. The British considered it as a serious threat to their future in India that they rushed additional troops from Britain to put down the Maruthu Pandiyars' rebellion.