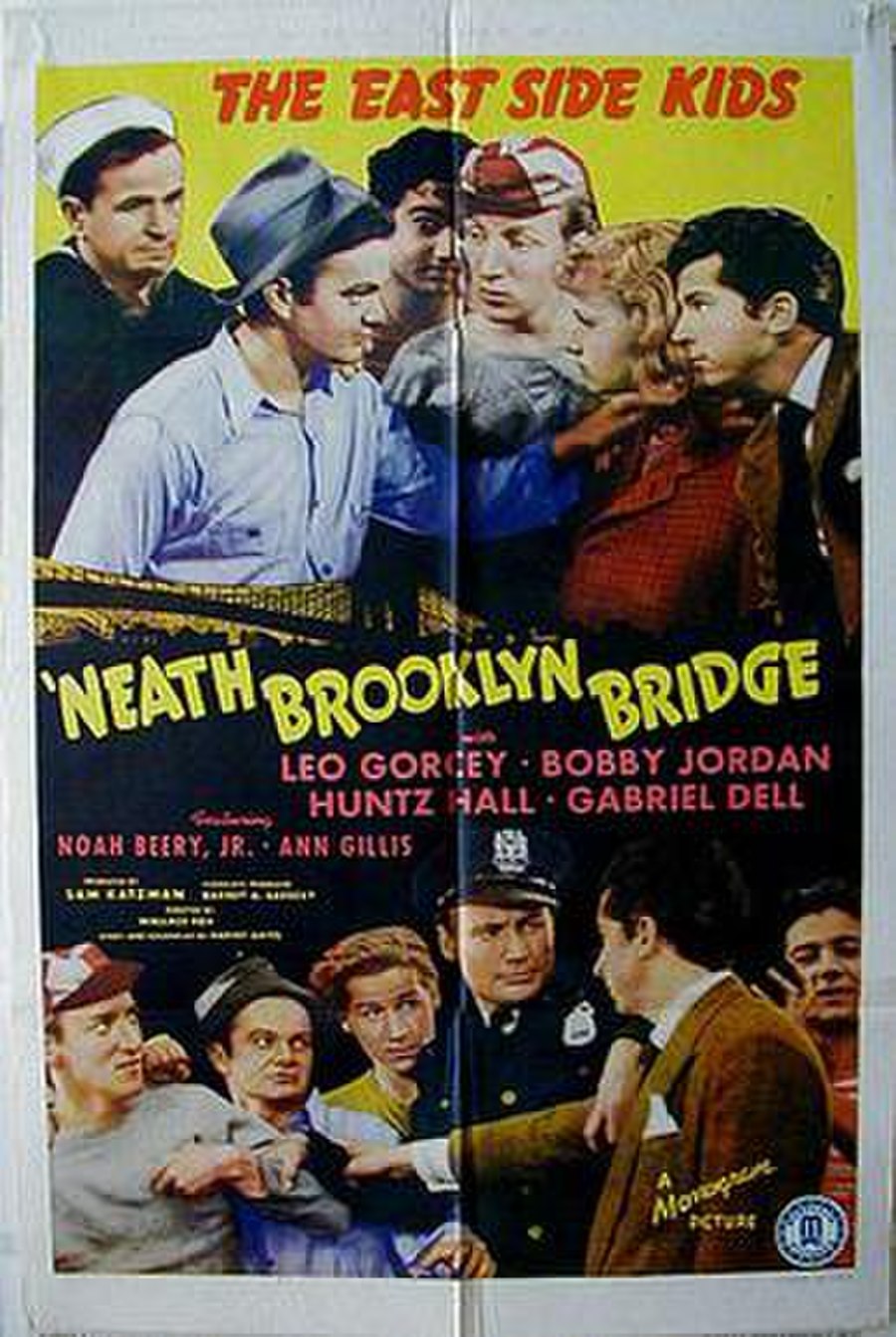 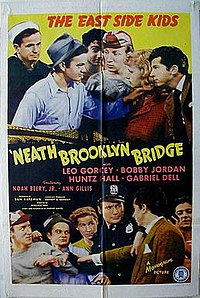 'Neath Brooklyn Bridge is a 1942 film released by Monogram Pictures. It is the eleventh installment in the East Side Kids series and one of the more dramatic films of the series, released at a time when they were making lighter, more humorous fare. The film is now in public domain and can be downloaded legally from numerous web sites.

This time around, the East Side Kids, a gang of well-meaning young rough-necks in New York, are pulled into a murder mystery. They manage to rescue a young girl by the name of Sylvia from her violent stepfather Morley's abuse. Soon after, the stepfather is killed by a gangster called McGaffey for interfering with his racketeering operation by stealing his money.