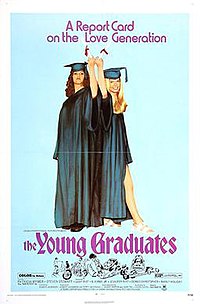 Spunky and precocious high school senior Mindy Evans spurns her decent, but frustrated boyfriend Bill and has a fling with teacher Jack Thompson, a hunky nice guy that's married. Mindy finds out that she might be pregnant. While waiting for the results of her pregnancy test, Mindy decides to alleviate the tension by embarking on an impromptu road trip to Big Sur, California with her best girl friend Sandy.