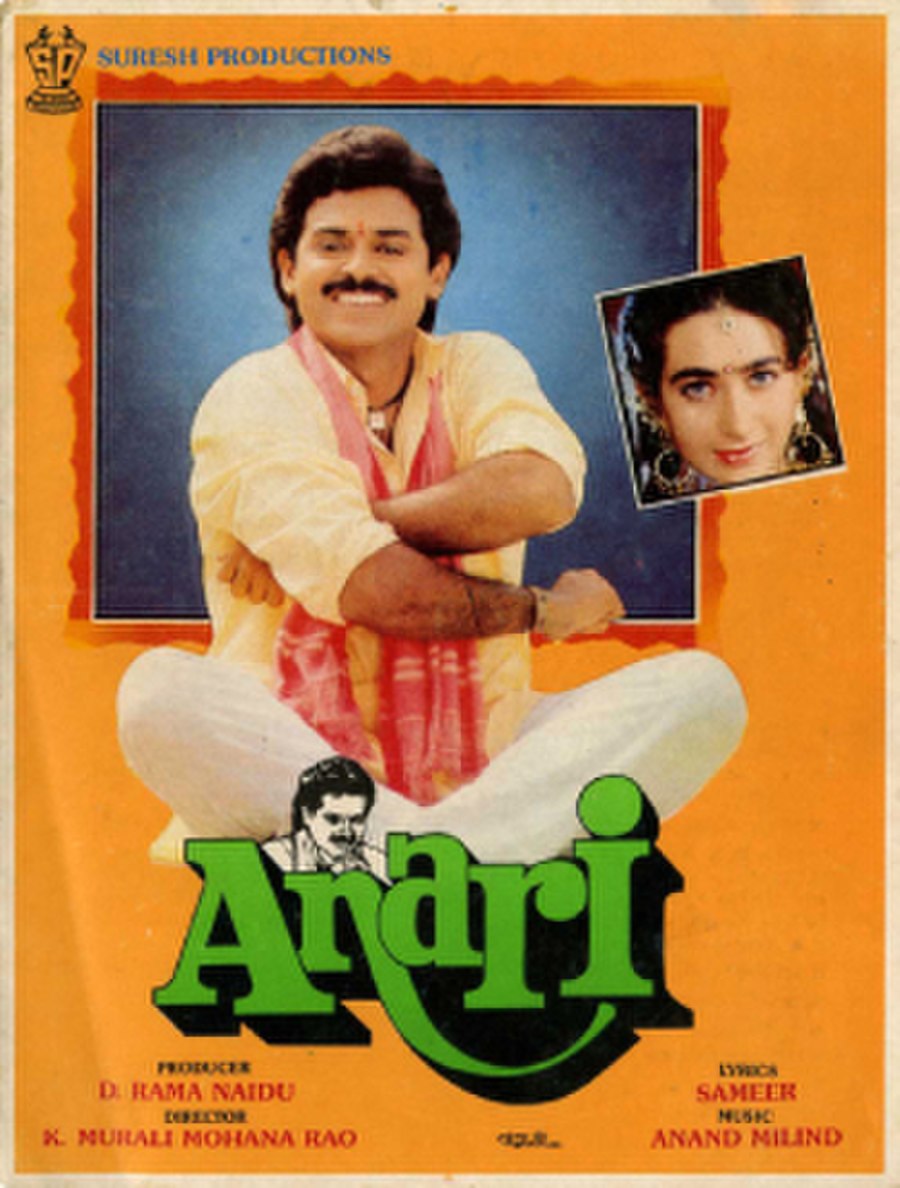 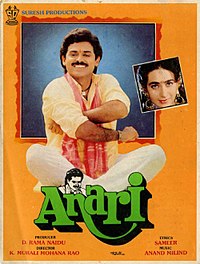 Anari ( “Naive man”) is a 1993 Hindi-language romantic drama film, produced by D. Rama Naidu under the Suresh Productions banner and directed by K. Murali Mohana Rao. The film stars Venkatesh (in his Hindi film debut) alongside Karishma Kapoor in leading roles. The film is a remake of the 1992 Telugu film Chanti which starred Venkatesh alongside Meena in leading roles. Venkatesh was the only actor to reprise his role from the Telugu version. The Telugu film was itself a remake of the 1991 Tamil film Chinna Thambi. The music was composed by Anand–Milind. The film was a super hit at the box office.

The story begins with the birth of a baby girl, Raj Nandini, in the world of feudal landlords (Zamindars), whose word is law for the villagers who work on their land. Nandini's three brothers throw a feast in honor of the girl child. The young son of the local singer (who had died) is brought in to sing for the event. The three brothers raise Nandini like their own child as their parents had died. At the age of 5, an astrologer predicts that Nandini will bring much happiness to the family, but her marriage will be based on her choice and not the choice of her elder brothers. This angers the brothers and to prevent this from happening, she is raised within the confines of the house. She is home-schooled and when she does go out, all the men are warned to hide from Nandini and that seeing Nandini will be result in dire consequences.