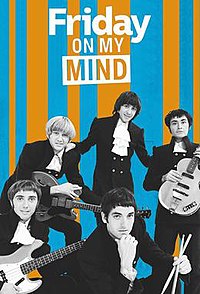 Friday On My Mind is an Australian television drama miniseries, based on the lives of Australian rock band The Easybeats, which first screened on the ABC in November 2017. The series is produced by Playmaker Media and was written by Christopher Lee and directed by Matthew Saville.