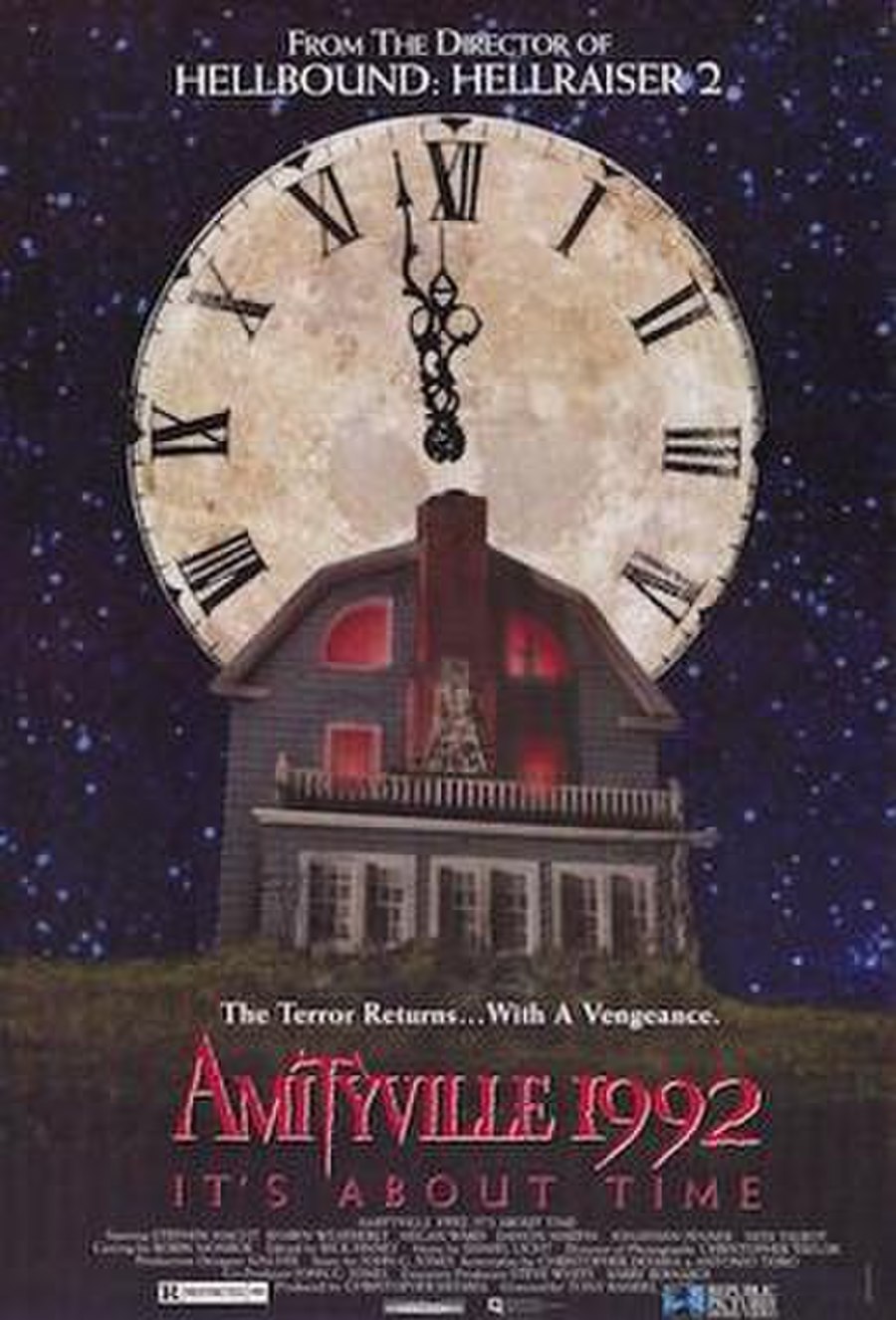 Amityville 1992: It's About Time (released as Curse of Amityville: The Final Chapter in the Philippines) is a 1992 American supernatural horror film directed by Tony Randel and starring Stephen Macht, Shawn Weatherly, Megan Ward, and Damon Martin. It is the sixth film based on The Amityville Horror. It was released direct-to-video in 1992 by Republic Pictures Home Video. Lionsgate Home Entertainment (under license from FremantleMedia North America) released the film to DVD as Amityville: It's About Time, with "1992" removed from the title, in July 2005.