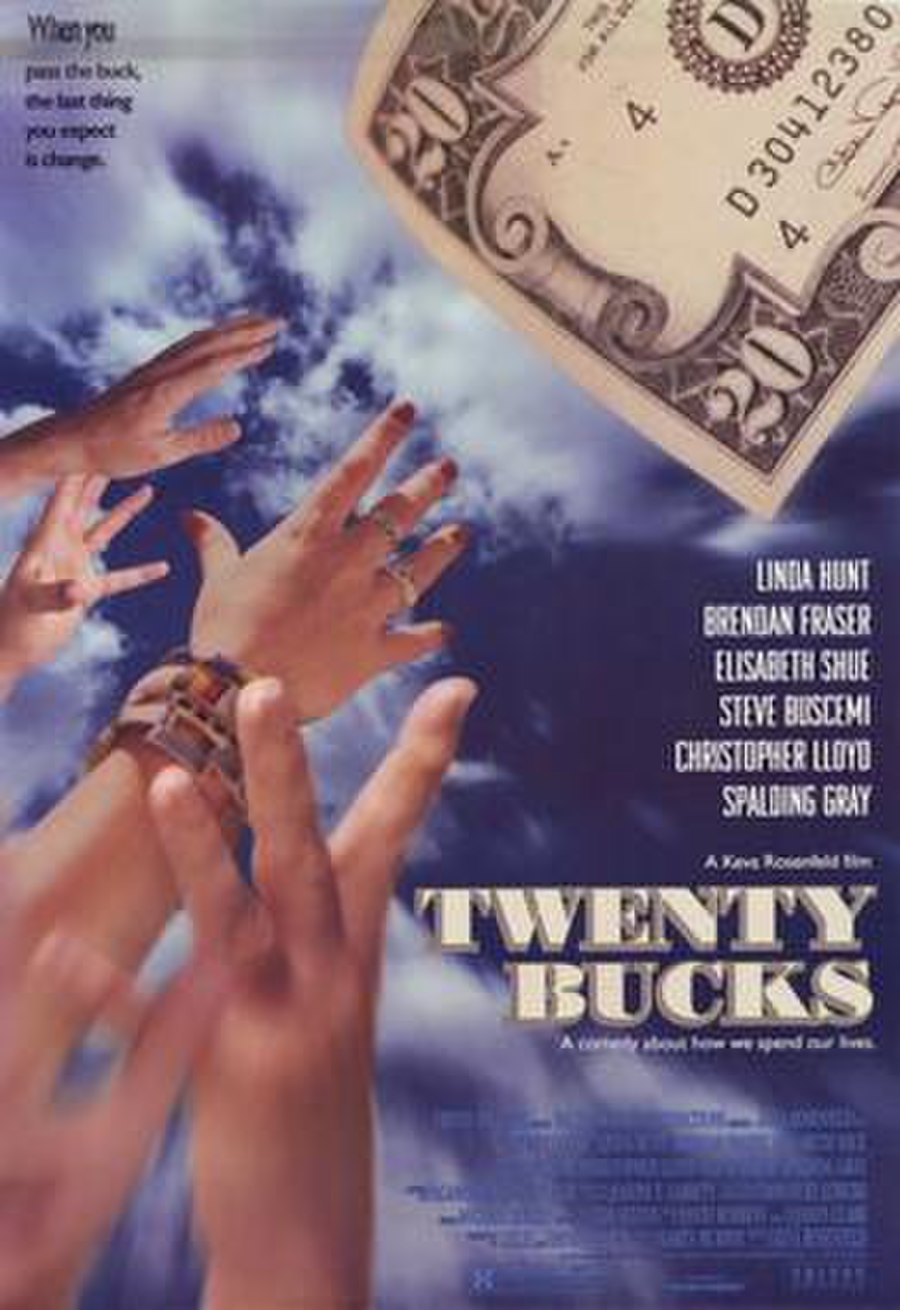 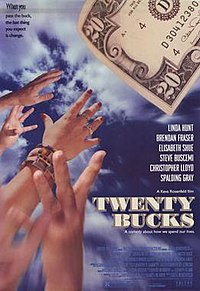 An armored truck brings money to load an ATM. A woman withdraws $20 but the bill slips away. A homeless woman, Angeline (Linda Hunt), grabs the bill and reads the serial number, proclaiming that it is her destiny to win the lottery with those numbers. As she holds the bill, a boy grabs the bill from her and uses it at a bakery. The baker sells an expensive pair of figurines for a wedding cake to Jack Holiday (George Morfogen) and gives him the bill as change. At the rehearsal dinner for the upcoming wedding of Sam Mastrewski (Brendan Fraser) to Anna Holiday (Sam Jenkins), Jack reminisces about exchanging his foreign money for American currency when he first came to America, and he presents Sam with the $20 bill as a wedding present. Sam is taken aback by the perceived cheapness of his father-in-law-to-be, but is quickly "kidnapped" for his bachelor party, where he uses the bill to pay the stripper (Melora Walters). Anna shows up to explain that the $20 is not the entire present and suggests they frame it to show that they understand its significance. Sam is unable to explain the absence of the bill, when the stripper comes in from the fire escape to offer it back to him. Anna apparently breaks the engagement.