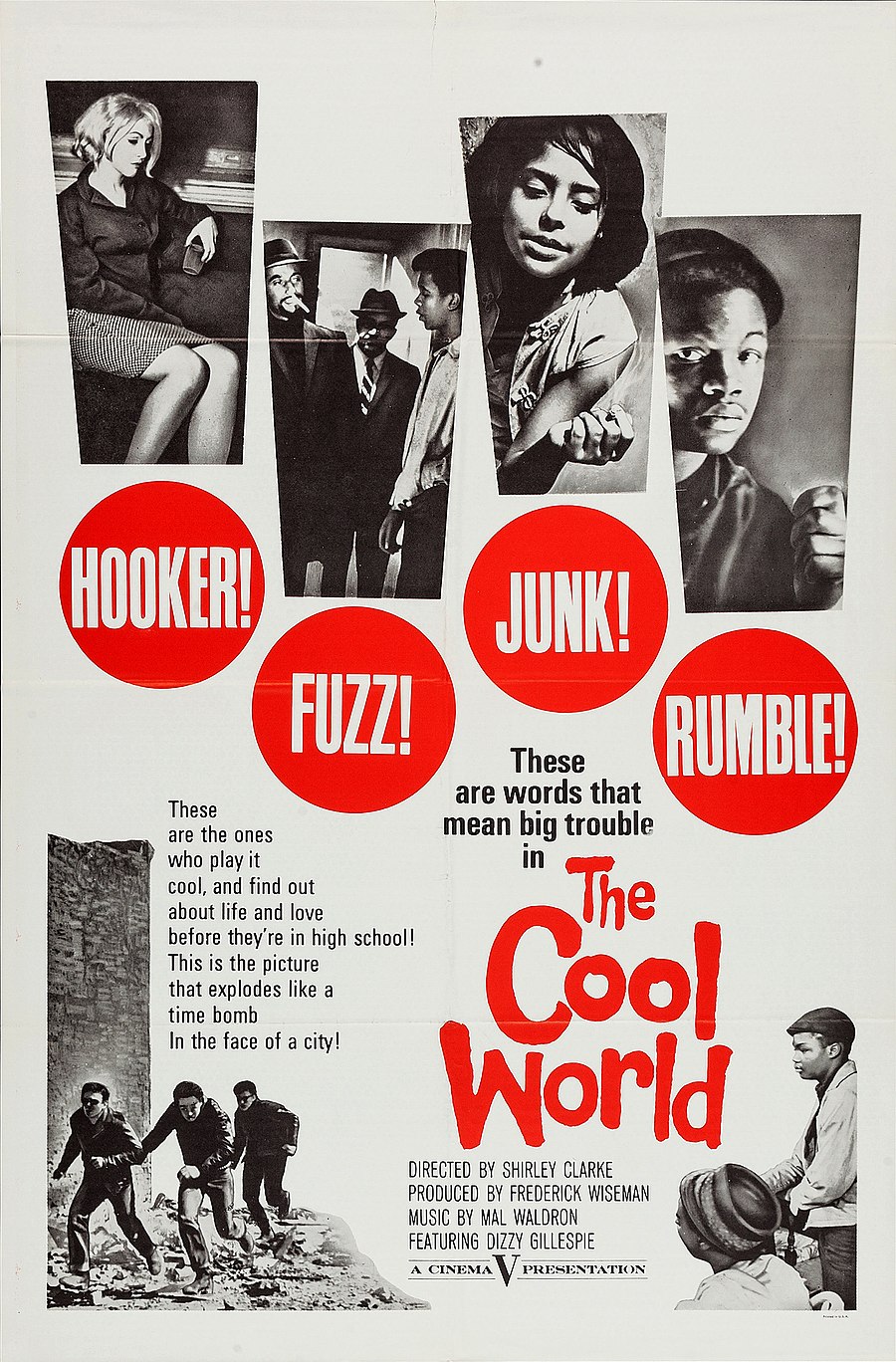 The Cool World is a 1963 feature film directed by Shirley Clarke about African-American life in the Royal Pythons, a youth gang in Harlem. In 1994, the film was selected for preservation in the United States National Film Registry by the Library of Congress as being "culturally, historically, or aesthetically significant". The film is considered by some critics to be the first film within the Blaxploitation genre.