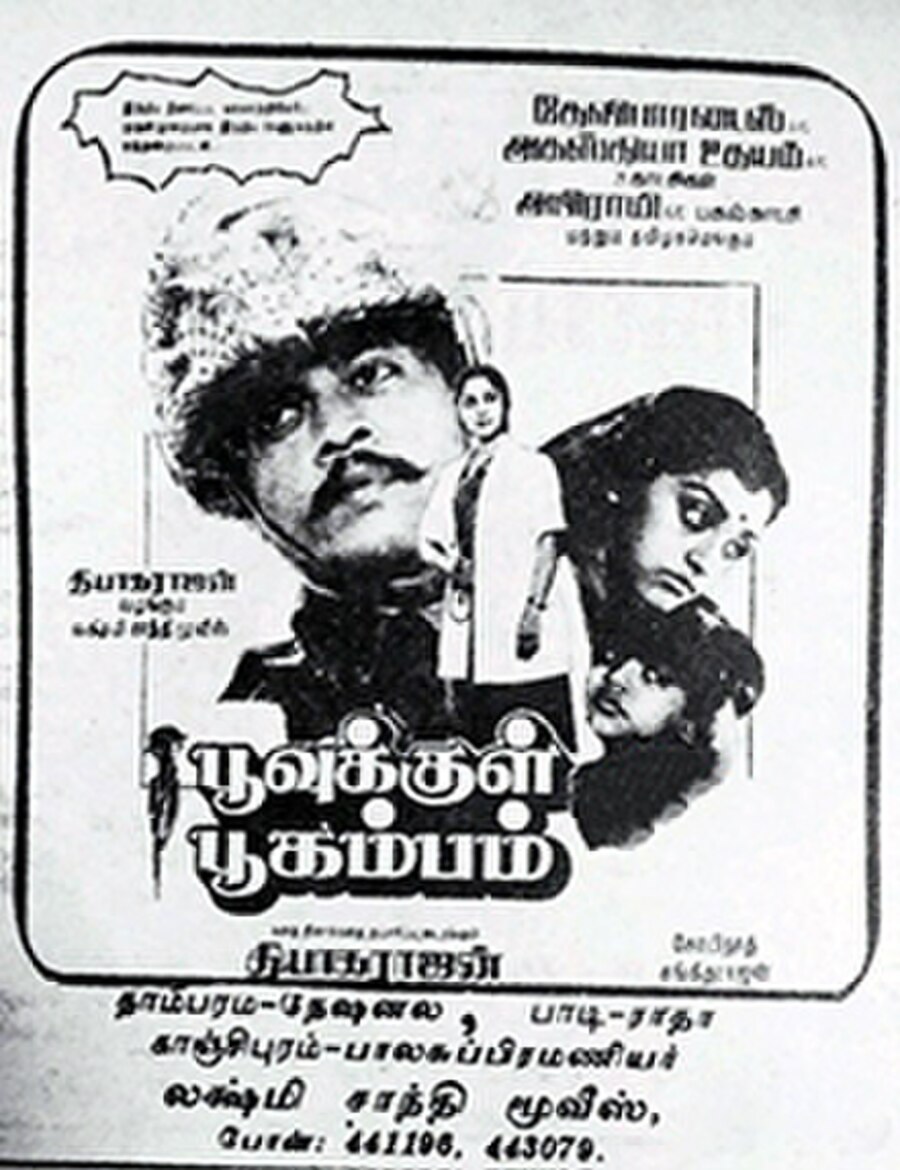 Poovukkul Boogambam is a 1988 Indian Tamil-language action film written, produced and directed by Thiagarajan, making his directorial debut. The film stars himself and Parvathy in lead roles alongside B. Saroja Devi and Charan Raj in supporting roles. The film's soundtrack was composed by Sangeetharajan. The film was released on 13 April 1988.