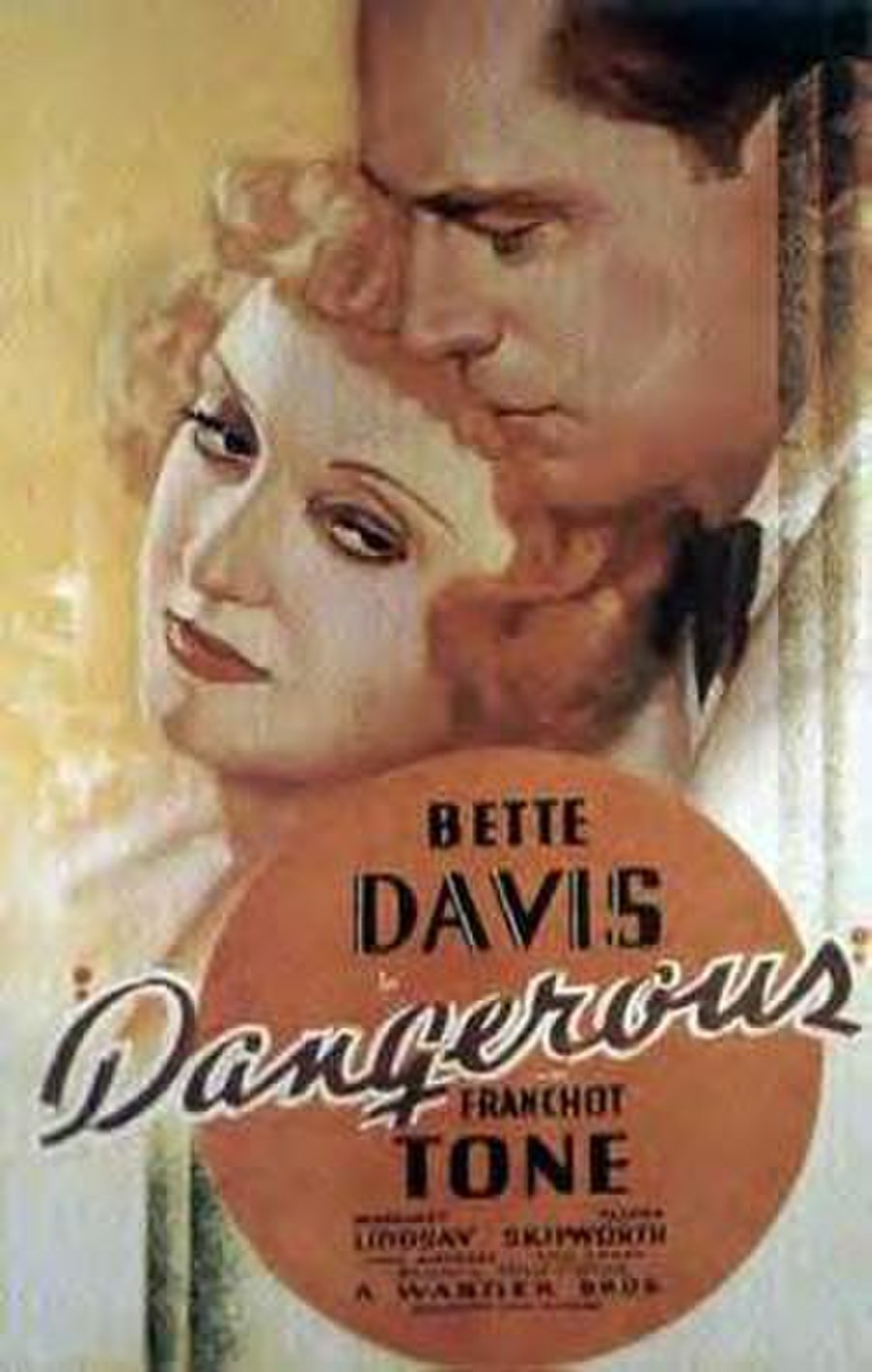 Dangerous is a 1935 American drama film directed by Alfred E. Green and starring Bette Davis in her first Oscar-winning role. The screenplay by Laird Doyle is based on his story Hard Luck Dame.

Don Bellows (Franchot Tone), a prominent architect, is engaged to the beautiful and wealthy Gail Armitage (Margaret Lindsay) when he meets down-and-out Joyce Heath (Bette Davis), who was once the most promising young actress on Broadway. Don feels deeply indebted to Joyce because her performance as Juliet inspired him to become an architect.