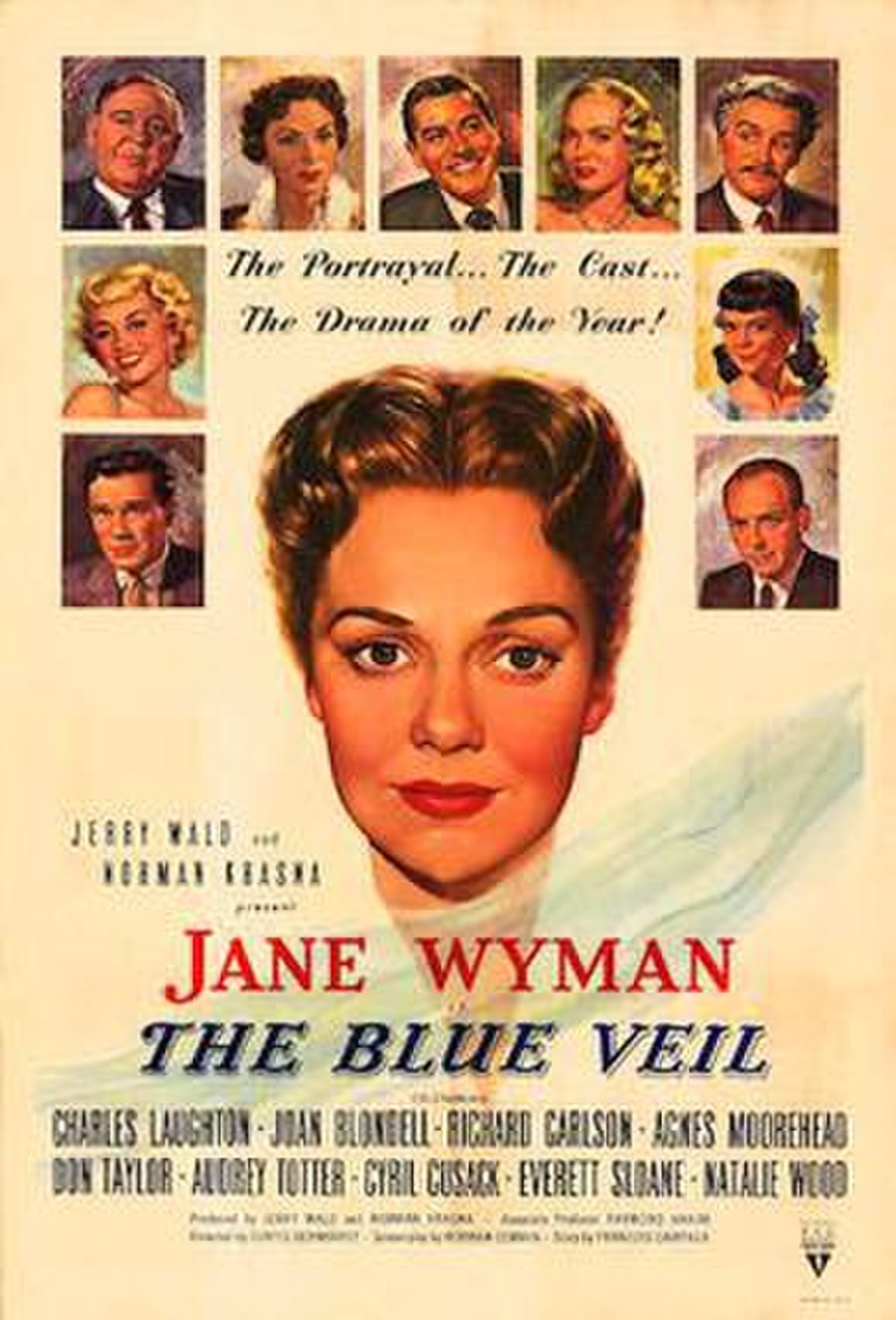 The Blue Veil is a 1951 American historical drama film directed by Curtis Bernhardt and starring Jane Wyman, Charles Laughton, Joan Blondell. It tells the story of a woman who spends her life caring for other people’s children, beginning just after World War I. The title refers to the headdresses once worn by governesses and nannies, colored blue to distinguish them from the white veils worn by medical nurses. The screenplay by Norman Corwin is based on a story by François Campaux, adapted for the French-language film Le Voile Bleu in 1942.

Following the death of her newborn baby, war widow LouLou Mason accepts a temporary two-week assignment as nursemaid to the infant son of corset manufacturer Frederick K. Begley, who lost his wife in childbirth. She ingratiates herself with the family and eventually becomes a permanent fixture. When she declines Frederick's proposal, he marries his secretary Alicia Torgersen, who fires LouLou following her honeymoon.