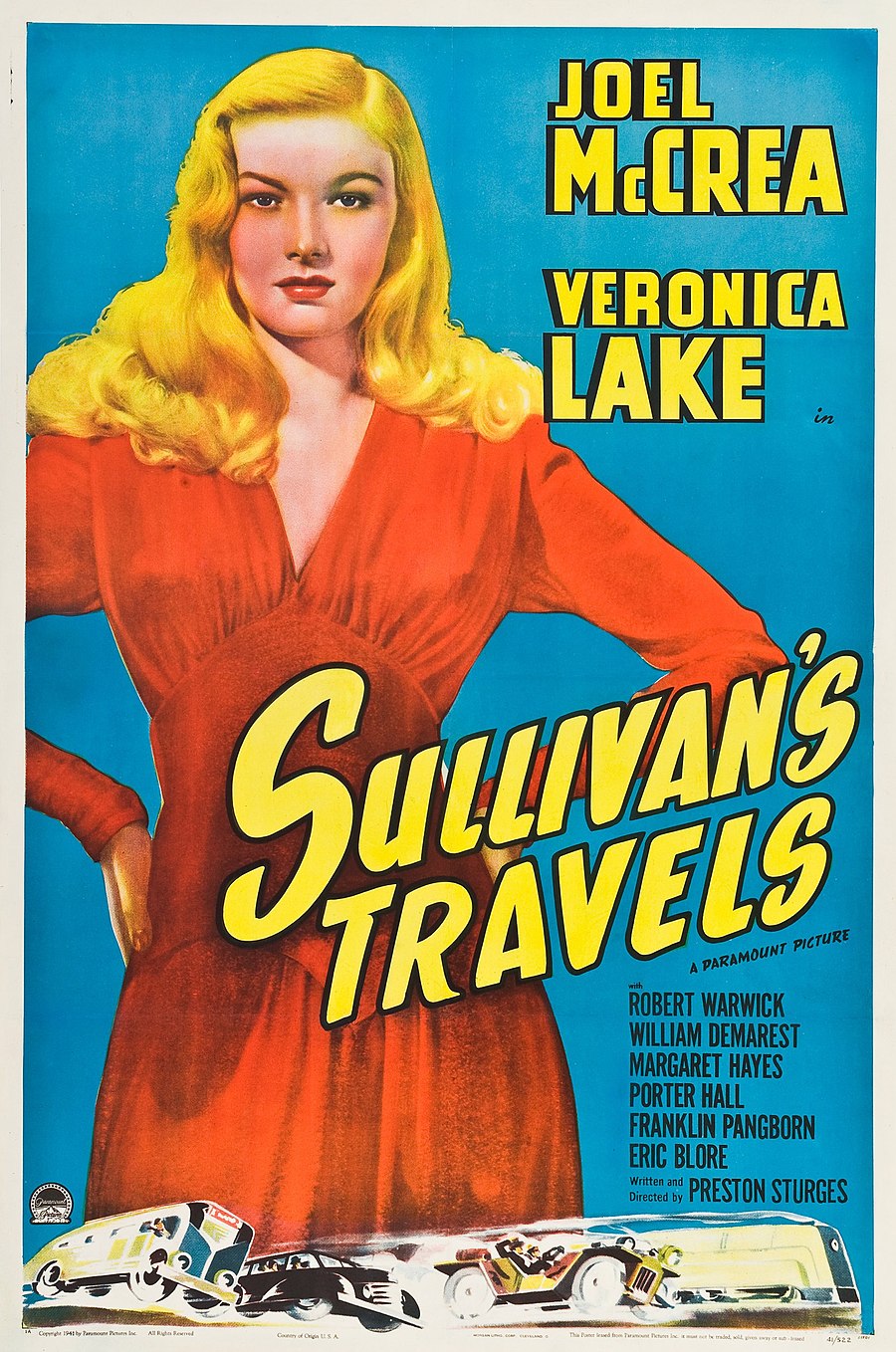 Sullivan's Travels is a 1941 American comedy film written and directed by Preston Sturges. It is a satire about Hollywood's top director of comedies, played by Joel McCrea, who longs to make a socially relevant drama, but eventually learns that creating laughter is his greatest contribution to society. The film features one of Veronica Lake's first leading roles. The title is a reference to Gulliver's Travels, the 1726 novel by satirist Jonathan Swift about another journey of self-discovery.