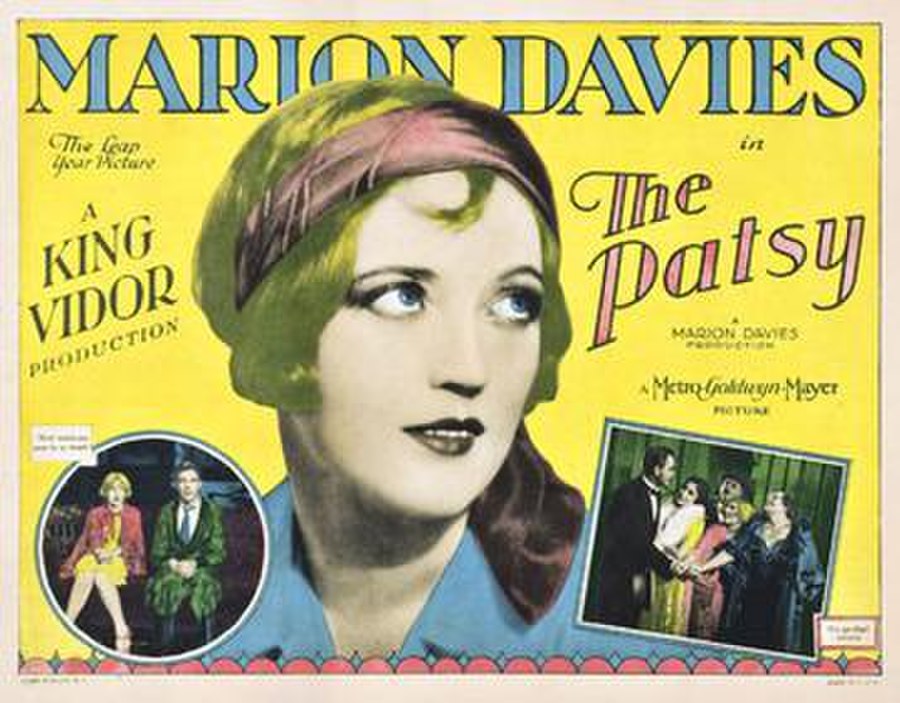 The Patsy is a 1928 American silent comedy-drama film directed by King Vidor, co-produced by and starring Marion Davies for Cosmopolitan Productions, and released by Metro-Goldwyn-Mayer. It was Marie Dressler's "comeback" film after a long slump in her film career. In February 2020, the film was shown at the 70th Berlin International Film Festival, as part of a retrospective dedicated to King Vidor's career.