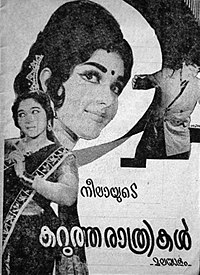 Santhan, a medical practitioner, is in love with his uncle's daughter Vimala; their marriage is fixed. Vimala's father was a banker who died under mysterious circumstances. Santhan develops a medicine, which turns a person into a monster when consumed. He also invents the formula that reverts the person back to their original self. Santhan keeps this invention a secret. From his uncle's diary, Santhan learns that other greedy directors of the bank are responsible for his death. Santhan decides to take revenge on them by utilising his invention.