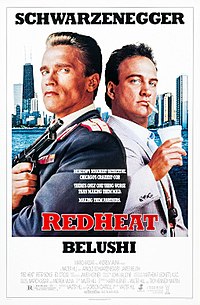 Captain Ivan Danko and Lieutenant Yuri Ogarkov of the Moscow Militia lead a sting operation against Georgian drug kingpin Viktor Rostavili. However, Rostavili manages to evade capture, and in an ensuing firefight, kills Ogarkov and flees to the United States. As Danko is recovering from his injuries, Rostavili is arrested for a minor traffic violation in Chicago, and Danko is subsequently dispatched to America to retrieve the felon, under strict orders not to reveal the true nature of Rostavili's extradition.