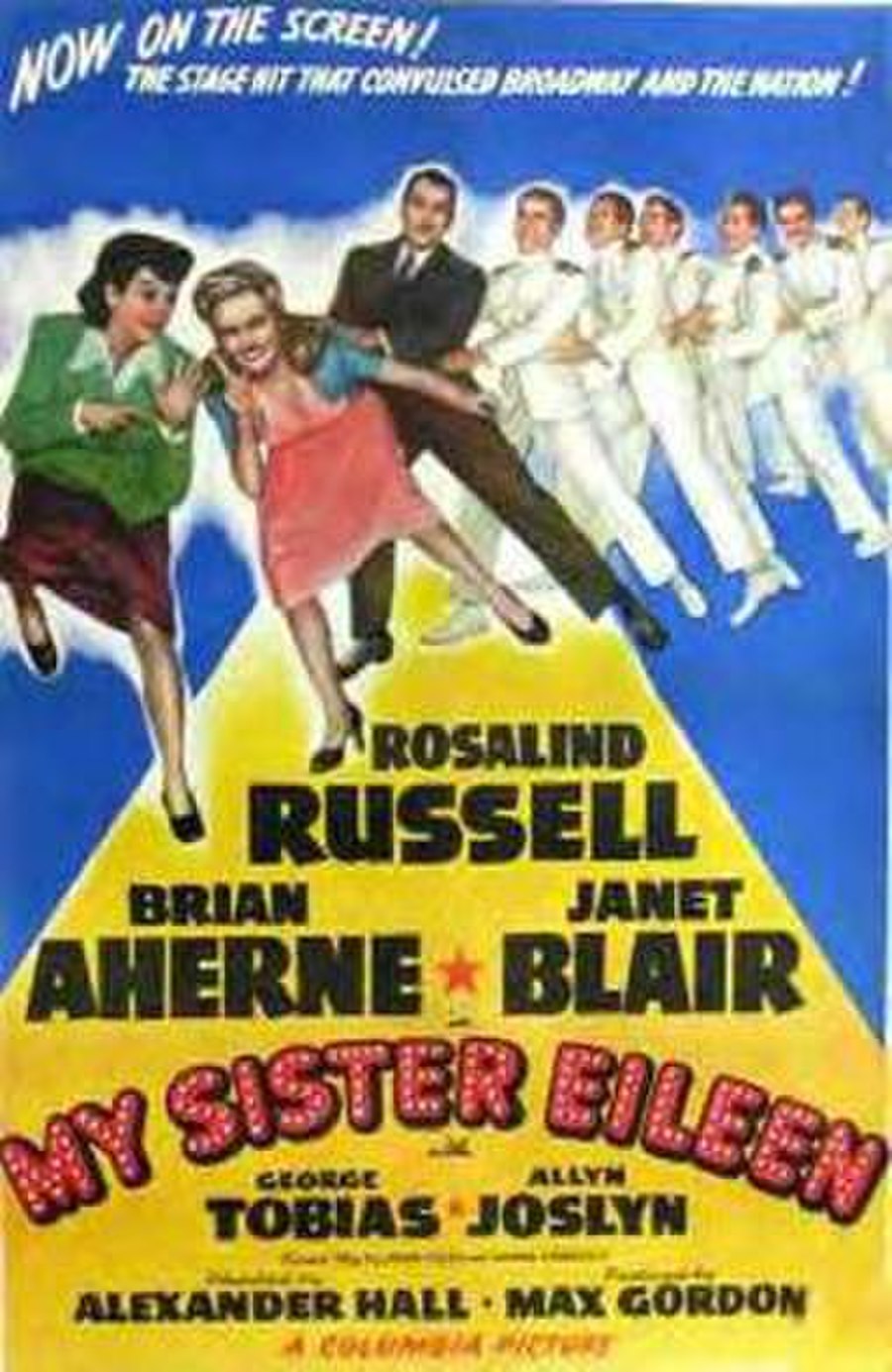 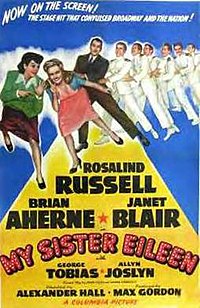 My Sister Eileen is a 1942 American comedy film directed by Alexander Hall and starring Rosalind Russell, Brian Aherne and Janet Blair. The screenplay by Joseph A. Fields and Jerome Chodorov is based on their 1940 play of the same title, which was inspired by a series of autobiographical short stories by Ruth McKenney originally published in The New Yorker. The supporting cast features George Tobias, Allyn Joslyn, Grant Mitchell, Gordon Jones and, in a cameo appearance at the end, The Three Stooges (Moe Howard, Larry Fine and Curly Howard).

Anxious to help boost the career of her aspiring actress sister Eileen, reporter Ruth Sherwood of the Columbus Courier writes a rave review about her performance in a local play before it opens. When Eileen is replaced on opening night and the newspaper mistakenly runs the inaccurate review, Ruth is fired.