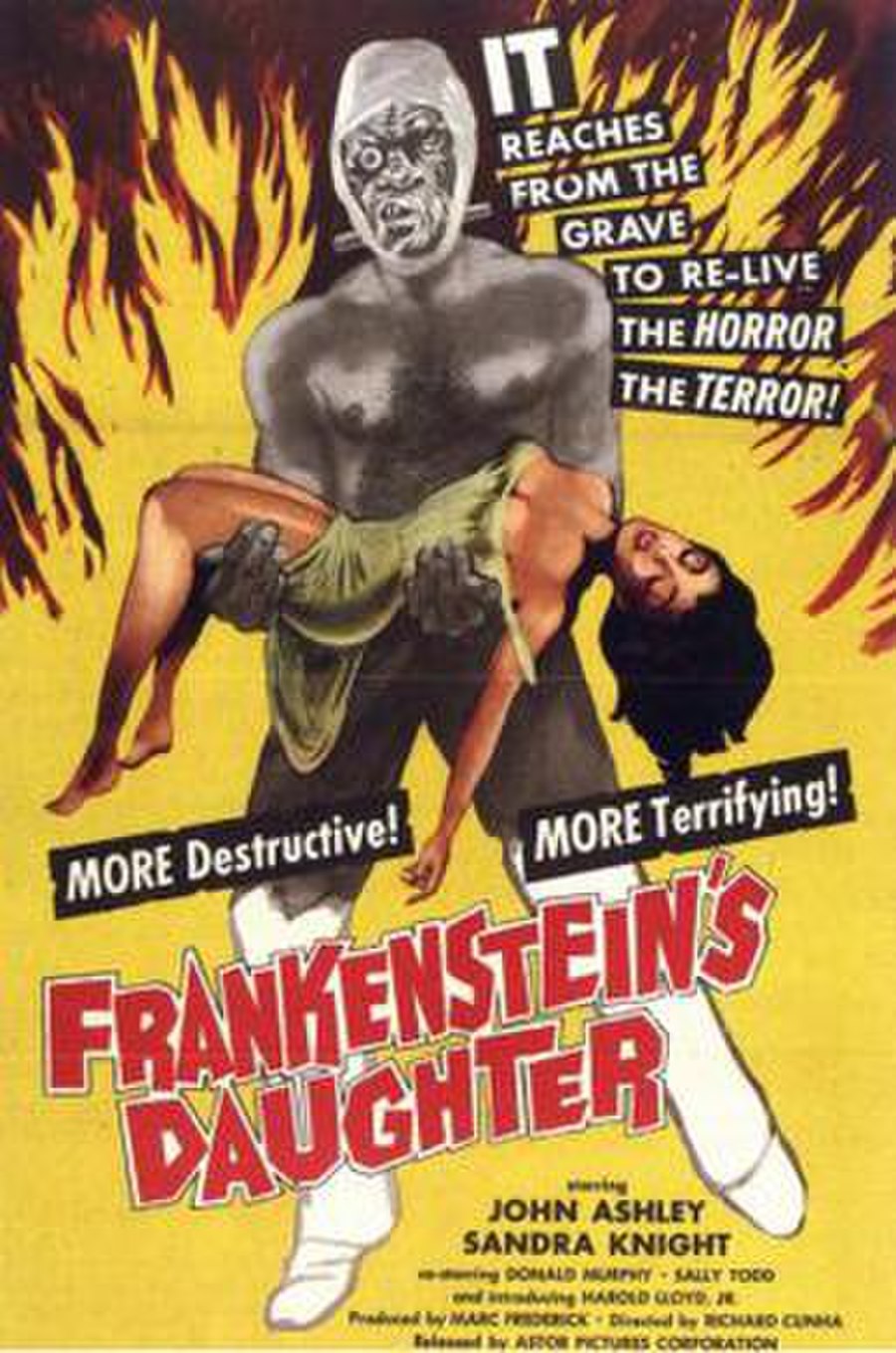 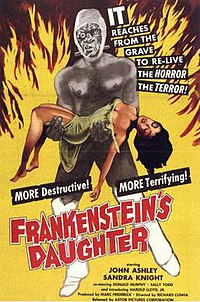 Frankenstein's Daughter is an independently made 1958 American black-and-white science fiction/horror film drama, produced by Marc Frederic and George Fowley, directed by Richard E. Cunha, that stars John Ashley, Sandra Knight, Donald Murphy, and Sally Todd. The film was distributed by Astor Pictures and was released theatrically as a double feature with Missile to the Moon.

Teenager Trudy Morton (Sandra Knight), who lives with her uncle Carter Morgan (Felix Maurice Locher), has nightmares in which she dreams that she is a monster running about the streets at night. Trudy believes the dreams are real. Her boyfriend Johnny Bruder (John Ashley) does not, nor do her friends Suzie Lawler (Sally Todd) and Don (Harold Lloyd Jr.). Little does Trudy know, but she actually does turn into a monster at night, thanks to Carter's unpleasant lab assistant Oliver Frank (Donald Murphy). He lives with them, works in Carter's home lab and has been spiking Trudy's fruit punch with the formula that he and Carter are developing. Carter's goal is to eliminate all disease so that people can live forever; Oliver's goal is something quite different.