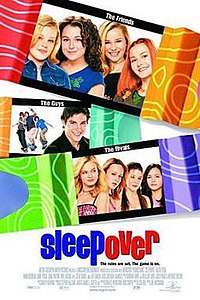 On the last day of 8th grade before their freshman year in high school, Julie Corky (Alexa Vega) has a slumber party with three best friends, Hannah Carlson (Mika Boorem), Farrah James (Scout Taylor-Compton), and Yancy Williams (Kallie Flynn Childress). As a quartet, they end up having the adventure of their lives. A group of popular girls, led by a former friend of Julie's, Staci Blake (Sara Paxton), challenge the girls to a scavenger hunt. The prize will be a coveted lunchtime seat near the fountain in high school. The losers will have to sit at tables near the school's dumpsters.