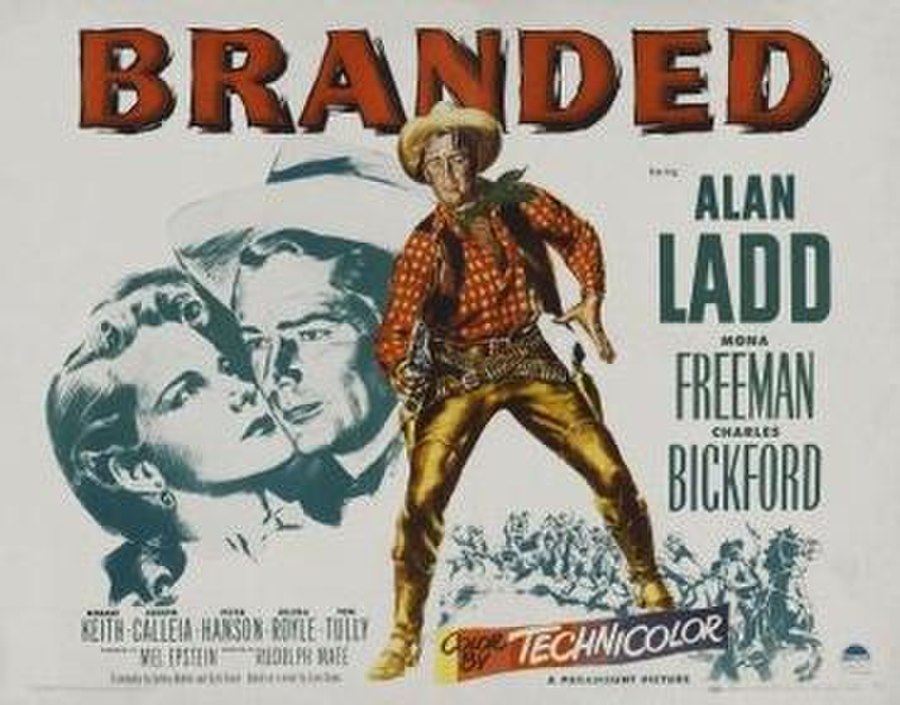 Branded is a 1950 Technicolor western film starring Alan Ladd, Mona Freeman, Charles Bickford, and Robert Keith. It was adapted from the novel Montana Rides by Max Brand under pen name Evan Evans. A gunfighter on the run from the law is talked into posing as the long-lost son of a wealthy rancher.

Choya (Alan Ladd), a gunfighter on the run, is tracked down by cowboys Leffingwell (Robert Keith) and "Tattoo" (John Berkes) in the mountains. They make him a part of a scheme to bilk a rich rancher named Lavery (Charles Bickford). The plan requires a tattoo on Choya's shoulder, but as soon as "Tattoo" creates one, Leffingwell shoots him in the back.