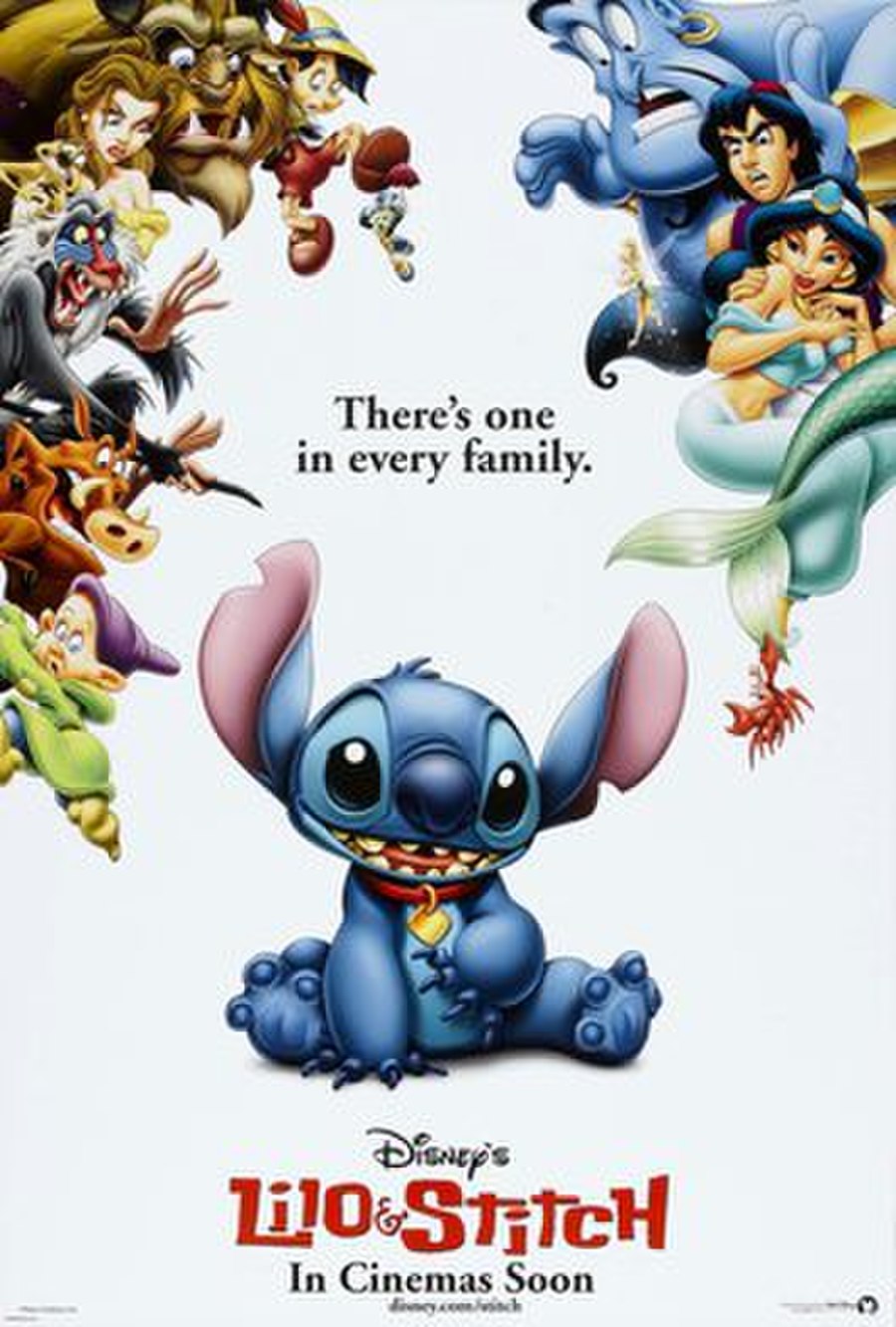 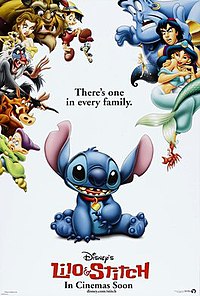 Lilo & Stitch is a 2002 American animated science fiction comedy-drama film produced by Walt Disney Feature Animation and released by Walt Disney Pictures. The 42nd Disney animated feature film, it was written and directed by Chris Sanders and Dean DeBlois in their directorial debuts. It features Daveigh Chase and Sanders as the voices of the title characters, and also features the voices of Tia Carrere, David Ogden Stiers, Kevin McDonald, Ving Rhames, Jason Scott Lee, and Kevin Michael Richardson. It was also the second of three Disney animated feature films (the first being Mulan, and followed by Brother Bear) that were produced primarily at the Florida animation studio in Disney's Hollywood Studios (then named "Disney-MGM Studios" during its production) at Walt Disney World near Orlando, Florida. It was officially released on June 21, 2002, to positive reviews and was nominated for Best Animated Feature at the 75th Academy Awards.

Dr. Jumba Jookiba, an extraterrestrial mad scientist, is arrested by the Galactic Federation for illegal genetic experimentation, as evidenced by "Experiment 626", a small blue sentient alien with unparalleled strength and intelligence, but also a propensity to cause chaos. The Grand Councilwoman sentences 626 to banishment on a remote asteroid. However, 626 is able to escape with his wits and strength and randomly flees toward Earth. The Councilwoman then sends Jumba and Agent Pleakley, the Council's Earth 'expert', to capture 626. Upon landing on Hawaii, 626 is knocked unconscious by three trucks and is taken in by an animal shelter.