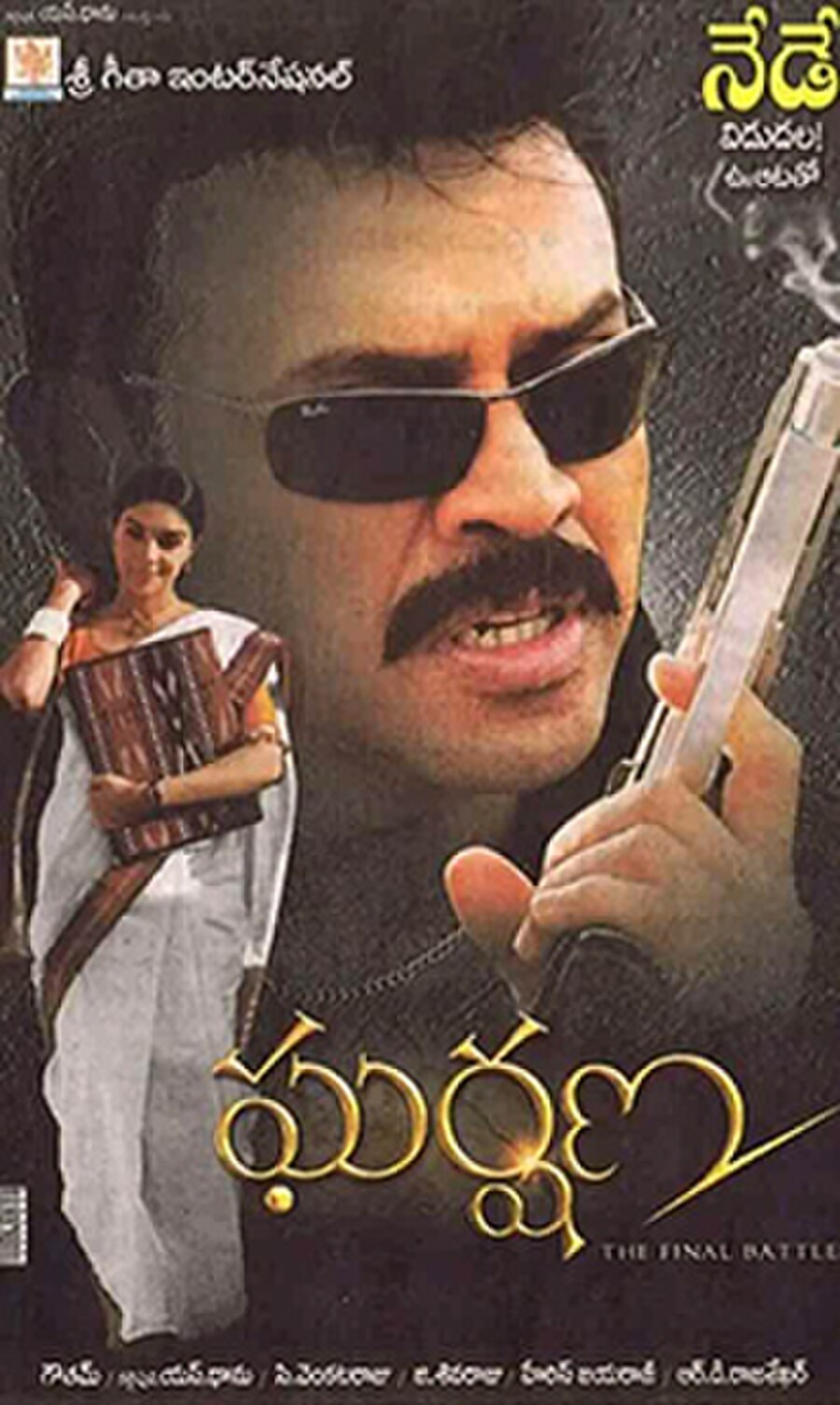 Gharshana is a 2004 Indian Telugu-language action thriller film produced by G.Sivaraju & C.Venkatraju on Geeta Chitra International banner, directed by Gautham Menon. It is the Telugu remake of the 2003 Tamil film Kaakha Kaakha. Venkatesh and Asin played the lead roles and music was composed by Harris Jayaraj. Venkatesh was highly praised for his performance and it marked a highlight in his career.

Ramachandra IPS (Daggubati Venkatesh) is the Deputy Commissioner of Police of Hyderabad City. His upbringing as an orphan and the special nature of his job as a policeman have left him reluctant to form relationships with women. He doesn't have much faith in the judicial system and seeks to 'eliminate' the criminals in the town through encounters.