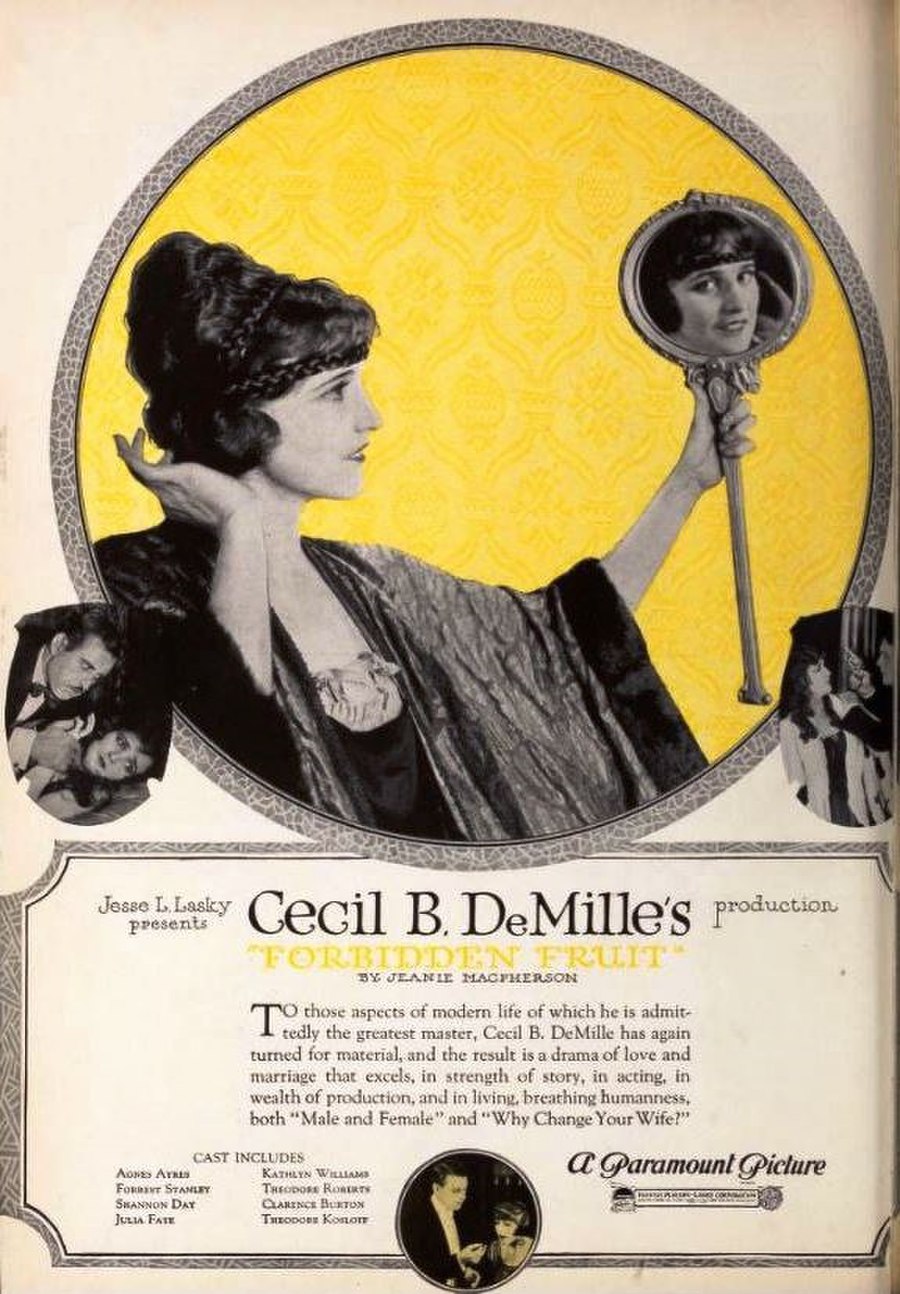 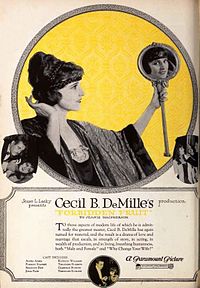 Forbidden Fruit is a 1921 American silent drama film directed by Cecil B. DeMille, and starring Agnes Ayres, Forrest Stanley, Clarence Burton, and Kathlyn Williams. It is a remake of the 1915 film The Golden Chance, which was also directed by DeMille. The film survives in prints at George Eastman House and the Library of Congress.

Mrs. Mallory (Williams) persuades Mary Maddock (Ayres), her unhappily married seamstress, to take the place of an absent guest at her dinner party. Gorgeously gowned and very beautiful, Mary wins the heart of Nelson Rogers (Stanley), who asks her to marry him. Mary realizes what she is missing and remains faithful to her abusive and idle husband Steve Maddock (Burton), whom she supports. After a final insult from him, she remains with the Mallorys. During that night she is awakened to find a burglar, her husband, stealing Mrs. Mallory's jewels. Steve escapes but Mary tells the Mallorys that the thief was her husband. She refuses the Mallorys' suggestion to divorce Steve who then attempts to blackmail Nelson for $10,000, which he plans to divide with a crooked partner. In a fight over the money the partner kills Steve, leaving Mary free to marry Nelson.