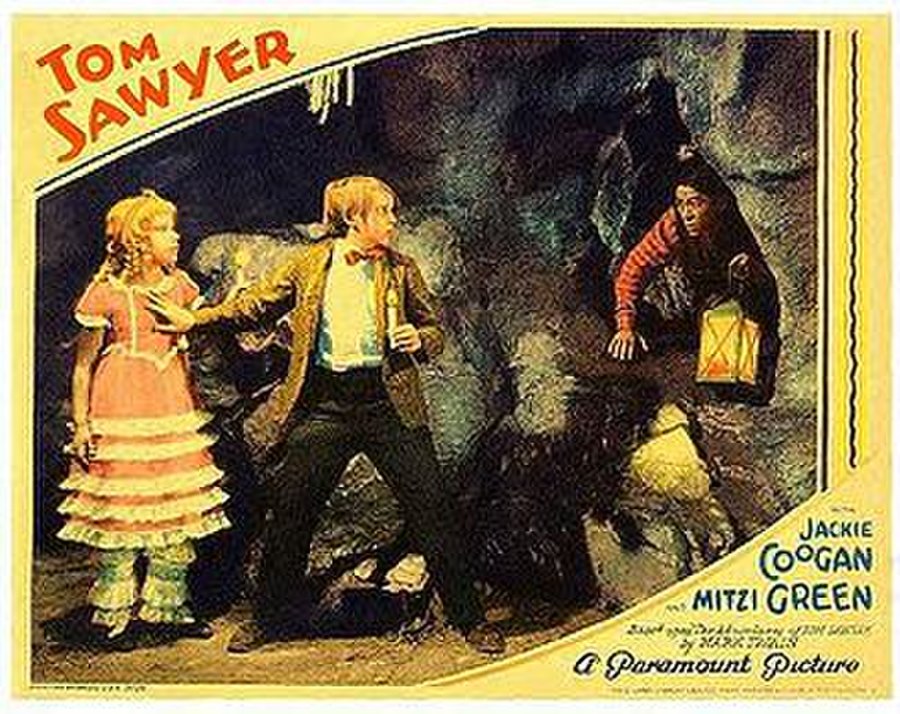 Tom Sawyer is a 1930 American pre-Code comedy-drama film directed by John Cromwell and starring Jackie Coogan. The screenplay by Grover Jones, William Slavens McNutt, and Sam Mintz is based on the 1876 novel The Adventures of Tom Sawyer by Mark Twain.

After arguing with his sweetheart, Becky Thatcher, Tom Sawyer seeks solace from his friend Huck Finn, who tells him about a mysterious cure for warts that requires them to visit the local cemetery at midnight. While there they witness a murder committed by Injun Joe, who convinces Muff Potter, who also was there but in an inebriated state, that he is guilty of the crime. Tom and Huck promise each other they will not divulge what they have seen.