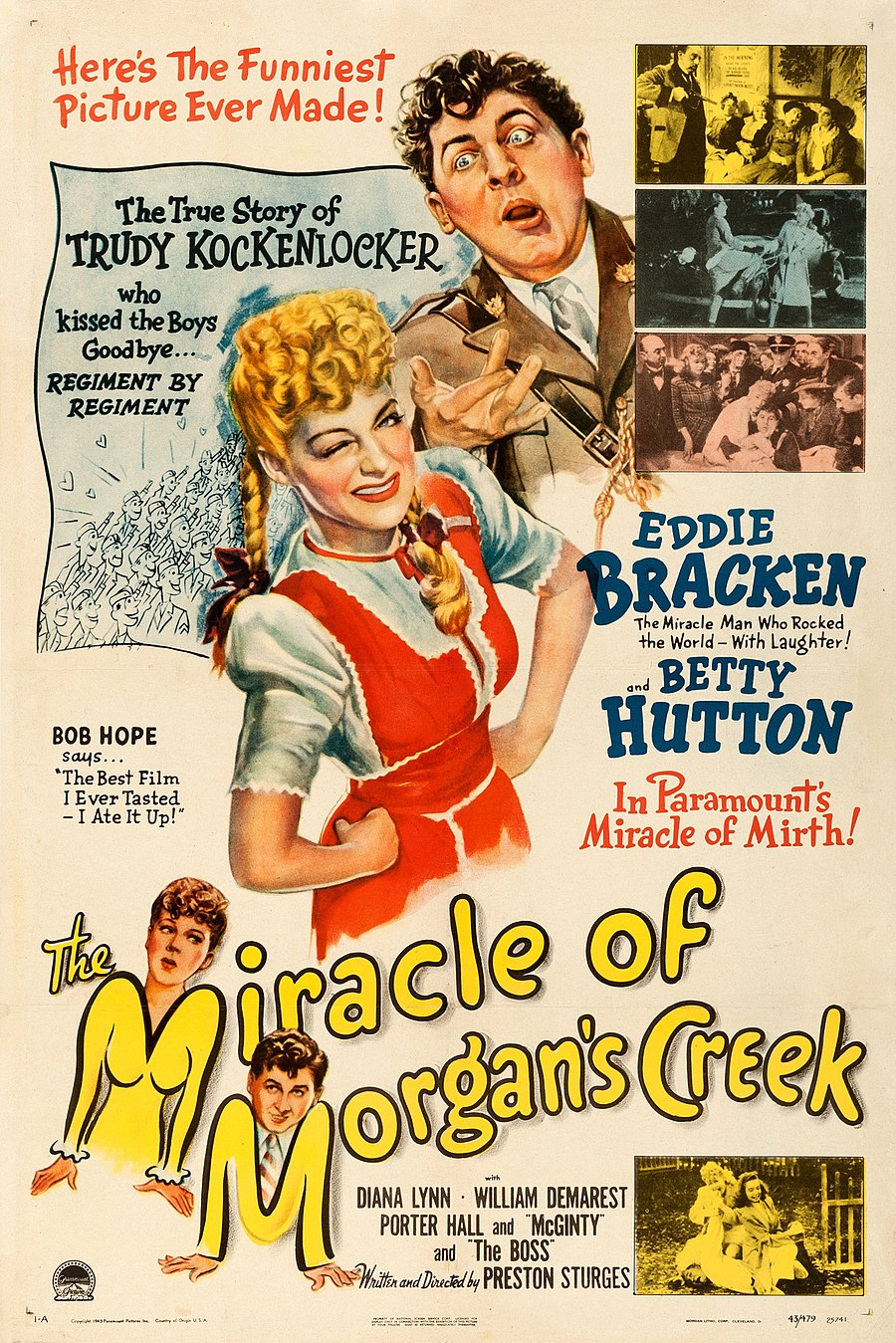 The Miracle of Morgan's Creek 1944

Trudy Kockenlocker (Betty Hutton) is the daughter of the police chief (William Demarest) of the small fictional Midwestern town of Morgan's Creek. Against her father's orders, she attends a wild farewell party for a group of soldiers at which she hits her head on a chandelier while dancing. The next morning, Trudy is in a daze and slowly begins to recall the previous night's events. She had married a soldier but cannot t remember his name, except that "it had a z in it. Like Ratzkywatzky [...] or was it Zitzkywitzky?" She believes that she and the groom had used fake names, so she doesn't know how to get in touch with him and cannot remember what he looks like. She also does not have the marriage license.