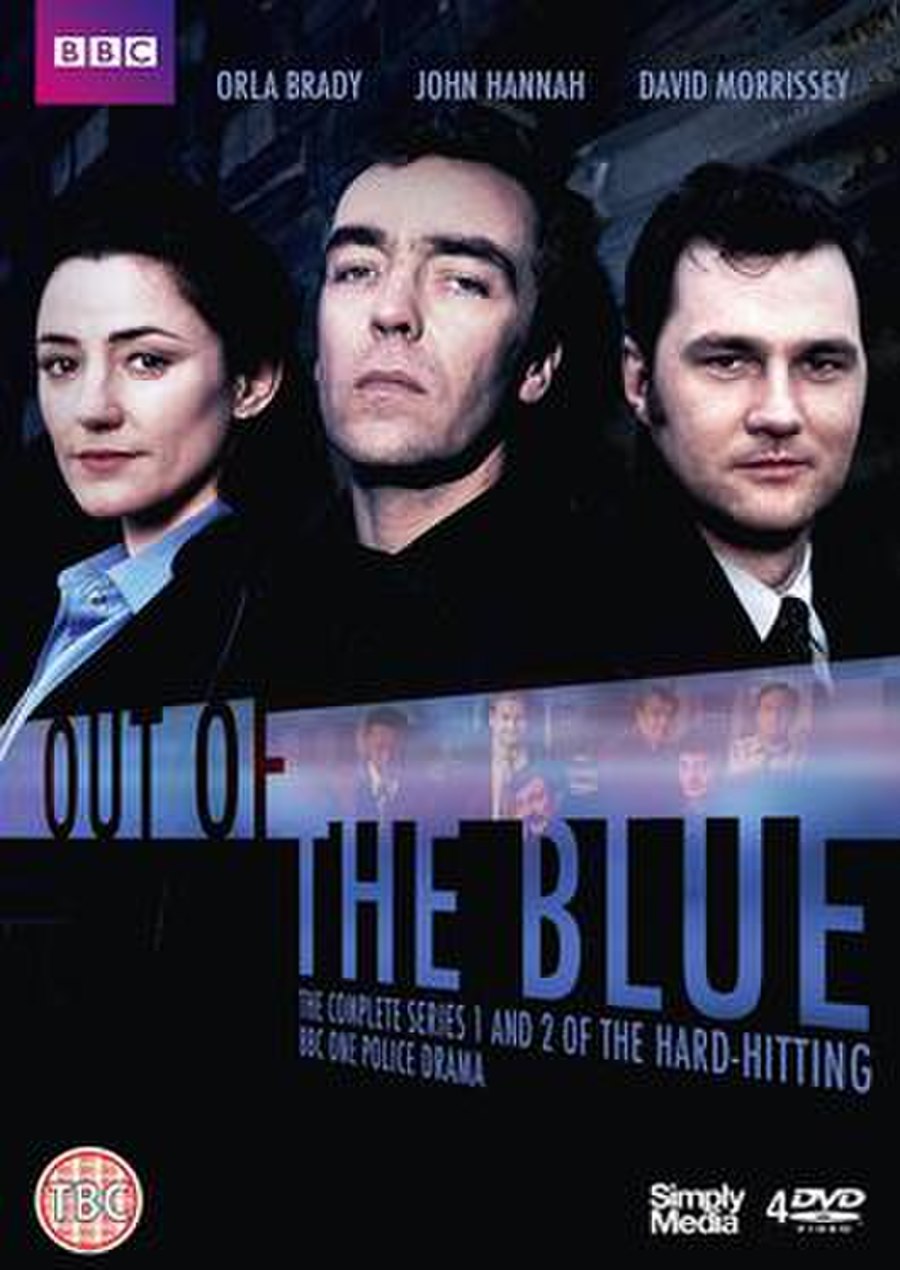 Out of the Blue is a British television crime drama series, set and filmed in Sheffield, and broadcast on BBC One between 23 May 1995, and 9 September 1996. A total of twelve episodes were broadcast across two series. John Hannah and David Morrissey starred as the main protagonists in each respective series. Out of the Blue follows a team of detectives at Brazen Gate CID through grisly murder cases, clashes with an already-divided community and through the dramas of their personal lives. The series ultimately received acclaim from critics, but did not pull in the expected viewing figures, and was subsequently axed after the second series. The complete series is due for release on DVD by Simply Media 10 July 2017.

Ambitious DS Franky Drinkall (John Hannah)'s life is turned upside down when he is diagnosed with epilepsy. His refusal to accept his condition leads him into a downward spiral and ultimately to his demise. DS Rebecca Bennett (Orla Brady) gives an ever-present emotional charge as she finds herself the subject of both PC Alex Holder (Stephen Billington)'s and DC Warren Allen (Darrell D'Silva)'s affections. DC Marty Brazil (Neil Dudgeon) is the joker of the group. The second season sees the arrival of troubled DS Jim Llewyn (David Morrissey), who seems to be working to his own agenda.