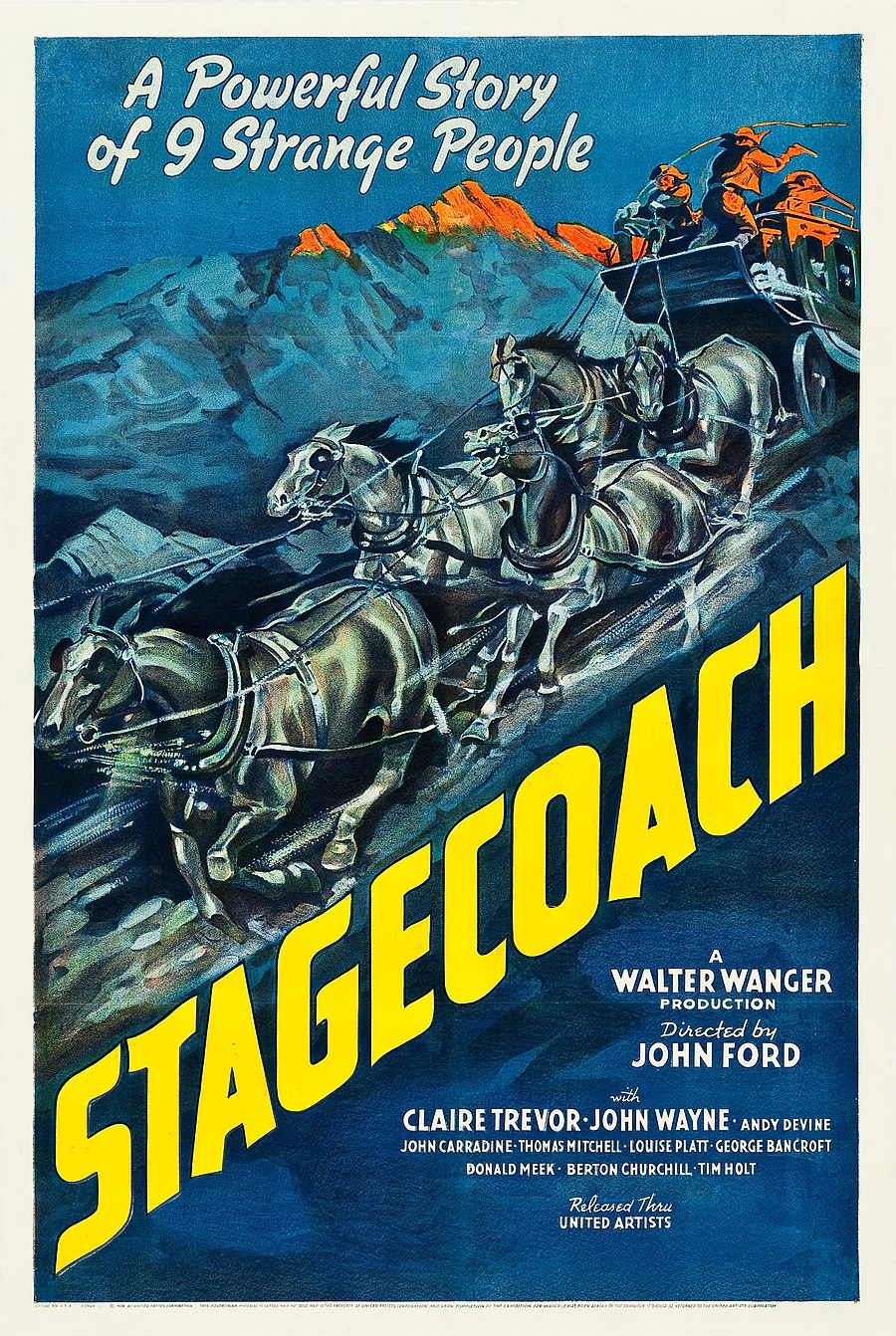 Stagecoach is a 1939 American Western film directed by John Ford and starring Claire Trevor and John Wayne in his breakthrough role. The screenplay by Dudley Nichols is an adaptation of "The Stage to Lordsburg", a 1937 short story by Ernest Haycox. The film follows a group of strangers riding on a stagecoach through dangerous Apache territory.

In June 1880, a group of strangers boards the stagecoach from Tonto, Arizona Territory, to Lordsburg, New Mexico. Among them are Dallas, a prostitute driven out of town by the "Law and Order League"; the alcoholic Doc Boone; pregnant Lucy Mallory, who is travelling to join her cavalry officer husband; and whiskey salesman Samuel Peacock, whose samples Doc Boone takes charge of and starts drinking.