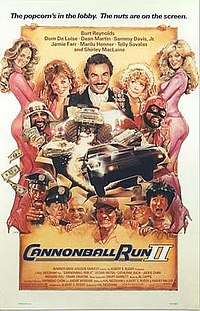 Cannonball Run II is a 1984 action comedy film starring Burt Reynolds and an all-star cast, released by Warner Bros. and Golden Harvest. Like the original Cannonball Run, it is a set around an illegal cross-country race.