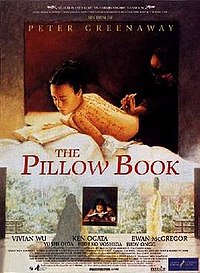 The film's title, "The Pillow Book", refers to an ancient Japanese diary written by Sei Shōnagon, actual name believed to be Kiyohara Nagiko, from whence the protagonist's name in the film.