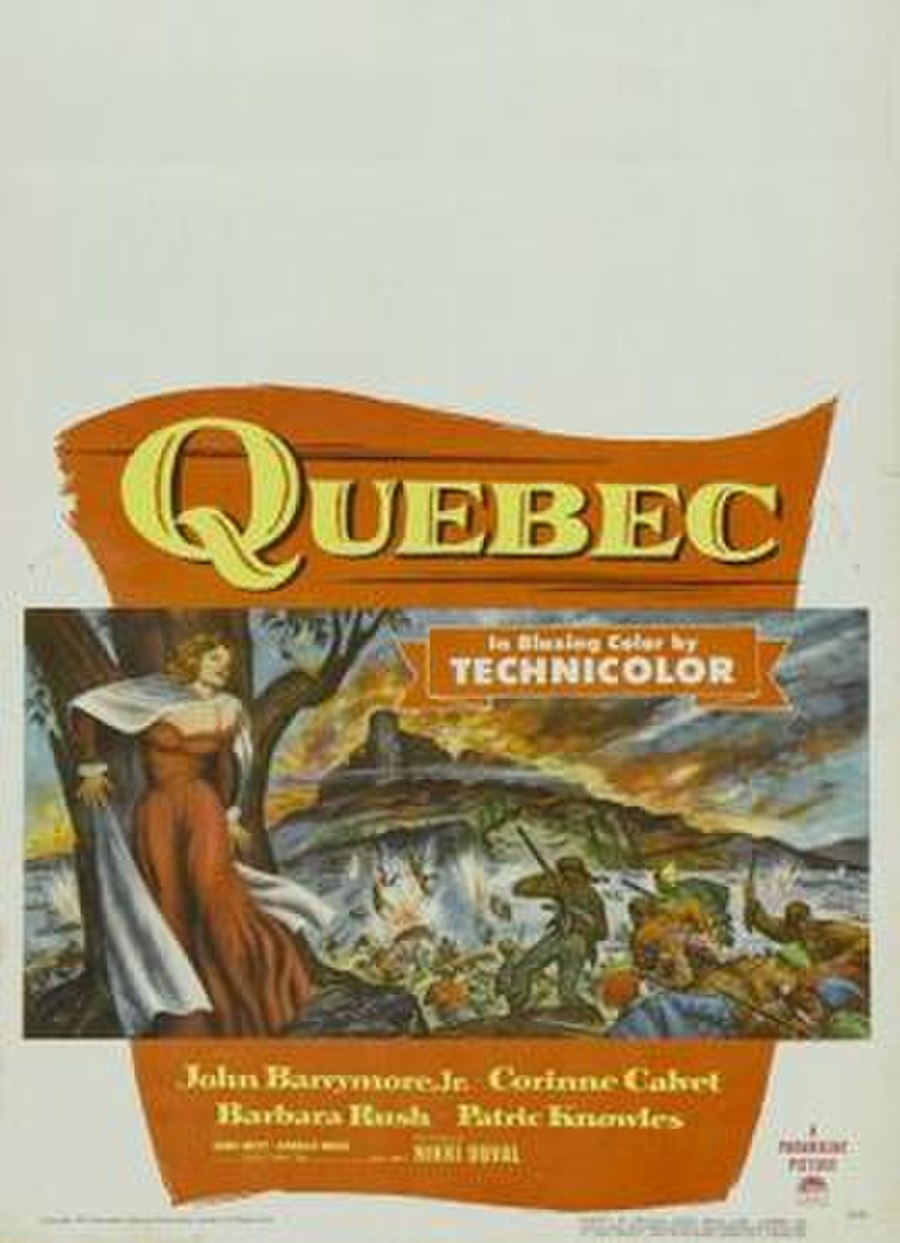 Quebec is a 1951 American historical drama film directed by George Templeton and written by Alan Le May. Set in 1837, it stars John Drew Barrymore in a fictional account of the Patriotes Rebellion. The popular uprising sought to make Lower Canada, now Quebec, a republic independent from the British Empire, and happened around the same time as a similar revolt in Upper Canada, now Ontario.

The film tells the tale of Mme. Stephanie Durossac, also known as Lafleur (played by Corinne Calvet), a fiery pro-independence leader, and Mark Douglas (Barrymore), a young man who discovers that Lafleur is his long-lost mother he believed to be deceased. The actions of Lafleur create problems since she is also the wife of the British governor of the province. Lafleur ultimately sacrifices herself to prevent Douglas from being taken hostage. The climax of the movie depicts a military assault on the British fortress.