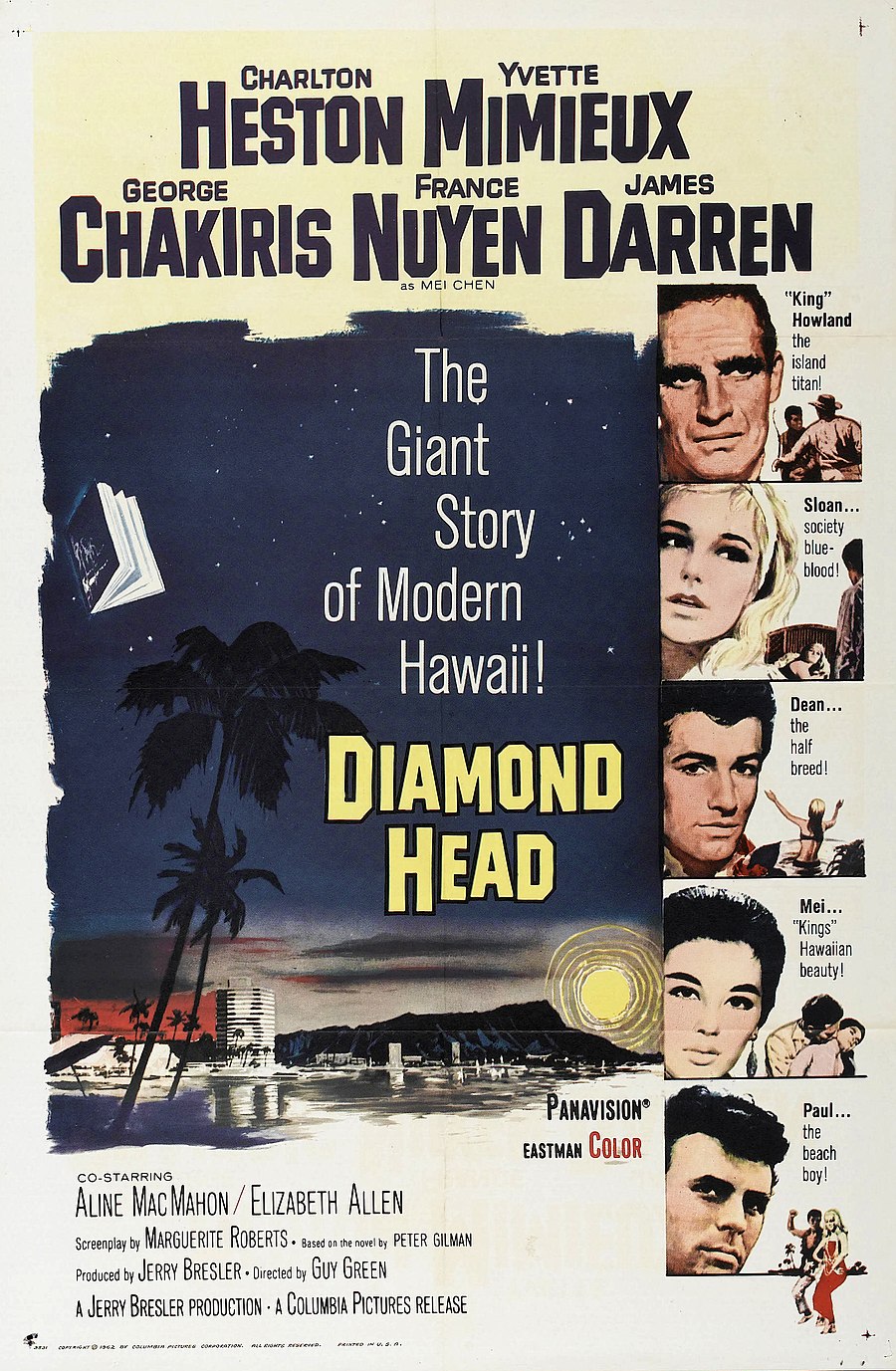 Diamond Head is a 1963 Eastmancolor drama romance film starring Charlton Heston, Yvette Mimieux, George Chakiris, and James Darren, directed by Guy Green, and released by Columbia Pictures. The original music score was composed by John Williams, Hugo Winterhalter composed the theme, and Darren sang the title song. The soundtrack album was released by Colpix Records (CP 440). It was released on compact disc in 2006 by Film Score Monthly paired with Lalo Schifrin'sGone with the Wave

Richard "King" Howland is a swaggering bigoted land baron living on the Big Island of Hawaii. He objects when his sister, Sloan Howland, announces she plans to marry Paul Kahana, a native Hawaiian, even though Richard is having a torrid affair with an Asian woman, Mai Chen. During Sloan and Paul's engagement party, Mai Chen's brother attacks Richard with a knife. Paul tries to break up the fight and is killed. Bitter at her brother for Paul's death, Sloan runs off to Honolulu where she is taken in by Paul's brother, Dean, and his family.