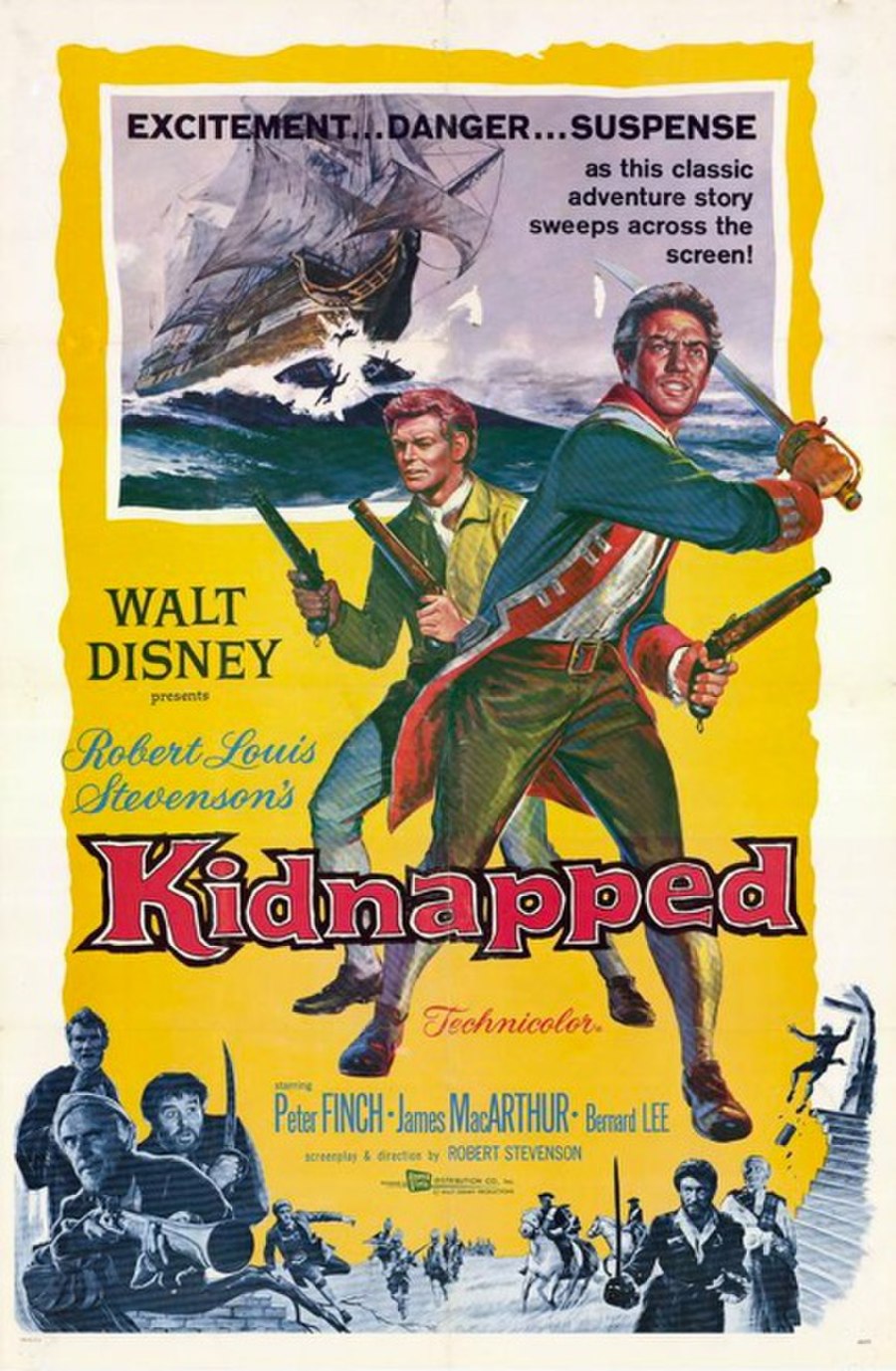 Kidnapped is a 1960 Walt Disney Productions live-action film adaptation of Robert Louis Stevenson's classic 1886 novel Kidnapped. It stars Peter Finch and James MacArthur, and was Disney's second production based on a novel by Stevenson, the first being Treasure Island. It also marked Peter O'Toole's feature-film debut.

In 18th-century Scotland, young David Balfour (James MacArthur) takes a letter of introduction from his recently deceased father to the House of Shaws, where he is greeted without much enthusiasm by his miserly uncle Ebenezer (John Laurie). David finds that Ebenezer is disliked by his neighbours and begins to ask questions about family affairs. Ebenezer tries to arrange a fatal accident for David. David accompanies Ebenezer to a meeting with a seafaring associate, Captain Hoseason (Bernard Lee). Hoseason lures David aboard his ship and shanghais him, at Ebenezer's instigation.