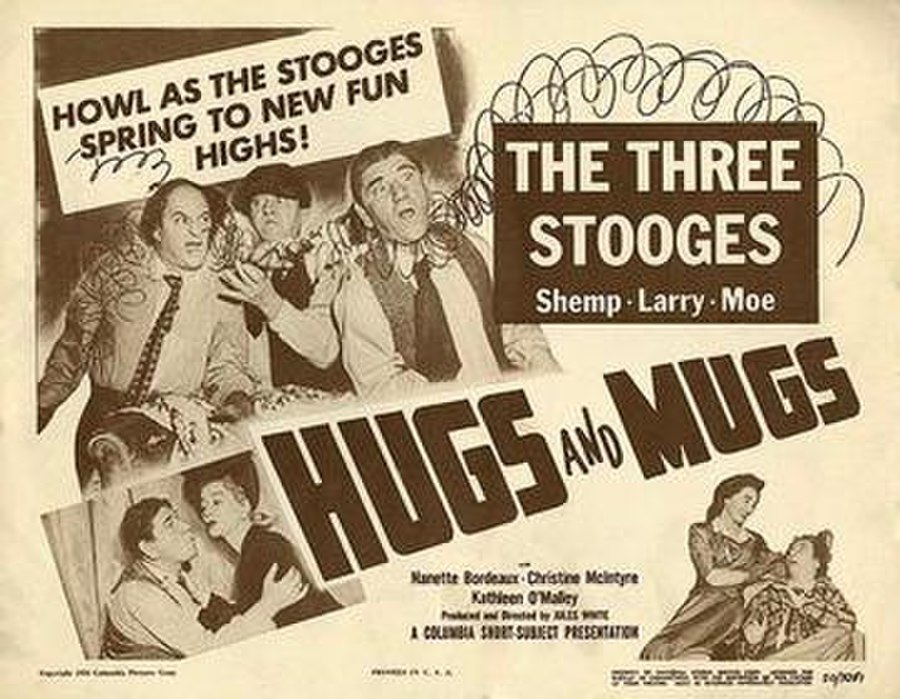 Hugs and Mugs is a 1950 short subject directed by Jules White starring American slapstick comedy team The Three Stooges (Moe Howard, Larry Fine and Shemp Howard). It is the 121st entry in the series released by Columbia Pictures starring the comedians, who released 190 shorts for the studio between 1934 and 1959.

After a prison stretch for jewel robbery, three beautiful women search for a pearl necklace the police never found. Unfortunately for them, the warehouse where they hid it was sold for back storage fees to Shangri-La Upholstering Company operated by the Stooges.