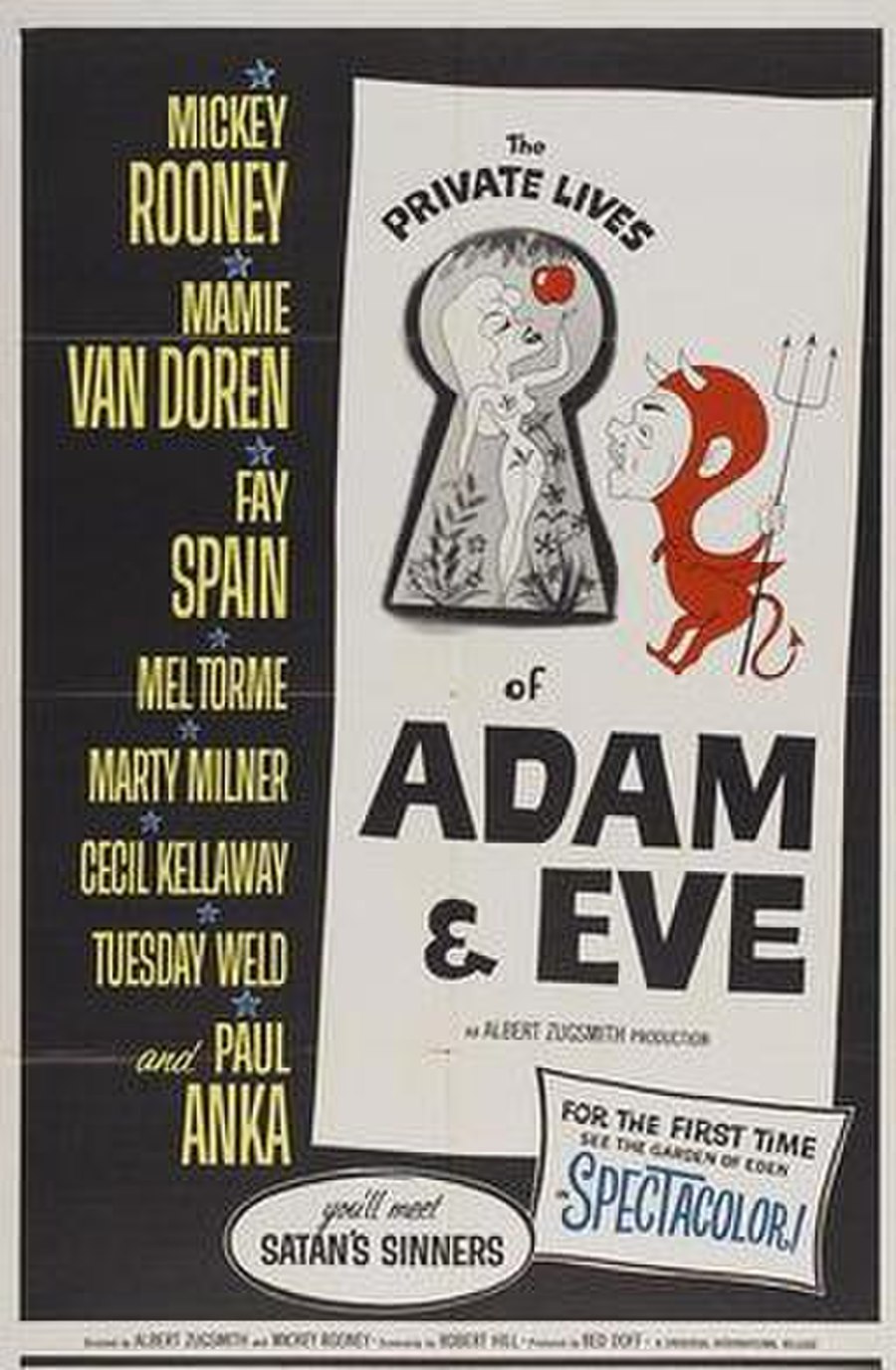 The Private Lives of Adam and Eve 1960

The Private Lives of Adam and Eve is a 1960 Spectacolor comedy film starring Mickey Rooney (who also co-directed), and Mamie Van Doren. It is an American B-movie in which the plot revolves around a modern couple who dream that they are Adam and Eve. Others of their acquaintance assume the roles of various characters from the Book of Genesis during the fantasy sequences.

A bus heading toward Reno, Nevada, is being driven by Doc Bayles, whose passengers include a traveling salesman (Hal Sanders) and a runaway teen (Vangie Harper).