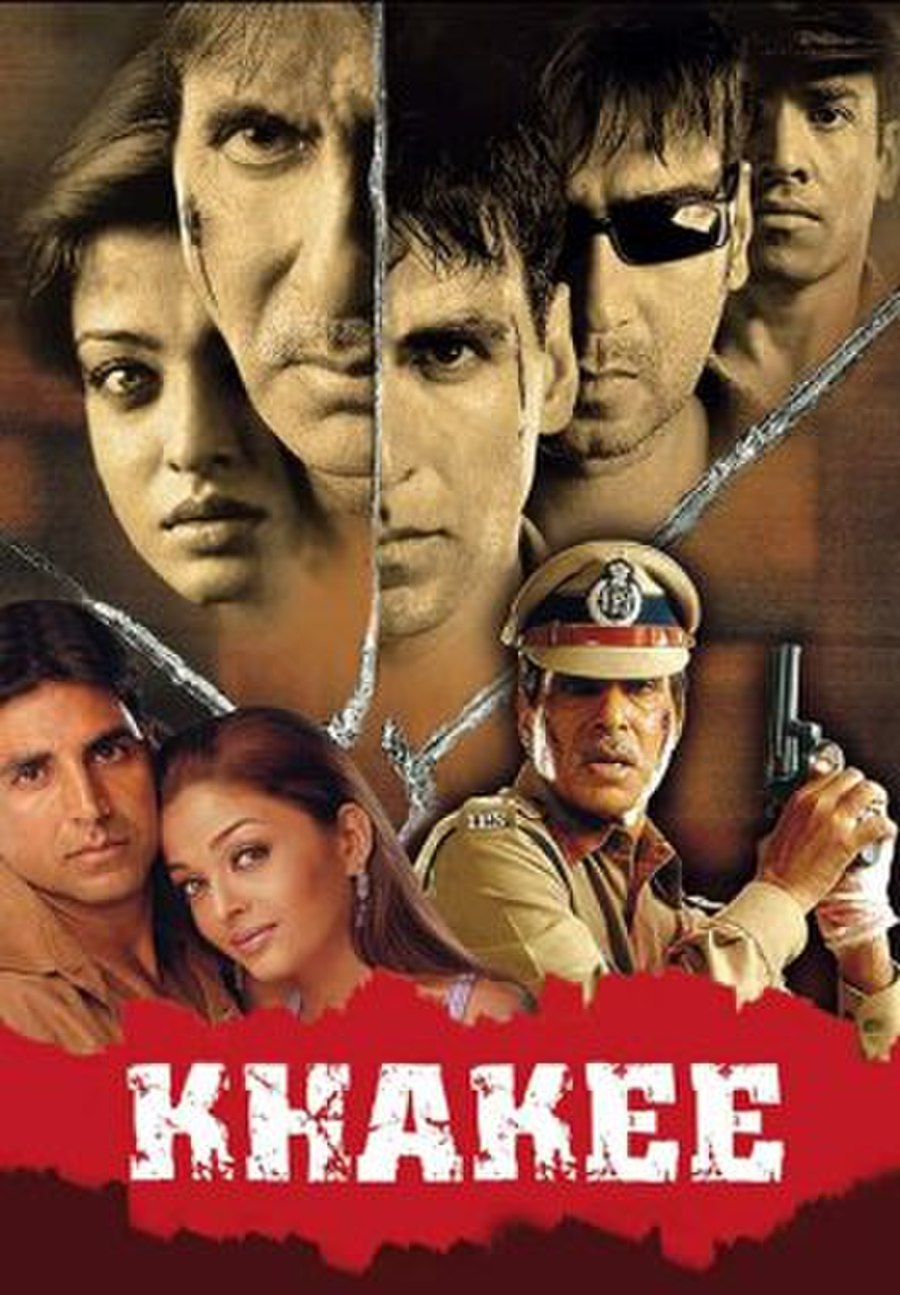 Khakee (English translation: The Uniform) is a 2004 Indian Hindi-language neo-noir action thriller film directed by Rajkumar Santoshi and written by Santoshi and Sridhar Raghavan. The story revolves around an Indian police team on a mission to escort an accused terrorist from a small town in Maharashtra to Mumbai. Khakee stars an ensemble cast consisting of Amitabh Bachchan, Ajay Devgan, Akshay Kumar, Aishwarya Rai Bachchan, and Tusshar Kapoor. It was theatrically released on 23 January 2004 to a widespread critical acclaim. the critical response was mostly positive, with praise towards the direction, performances, and story. Produced on a budget of , Khakee earned a total of at the worldwide box office, becoming one of the year's highest-grossing Bollywood films.