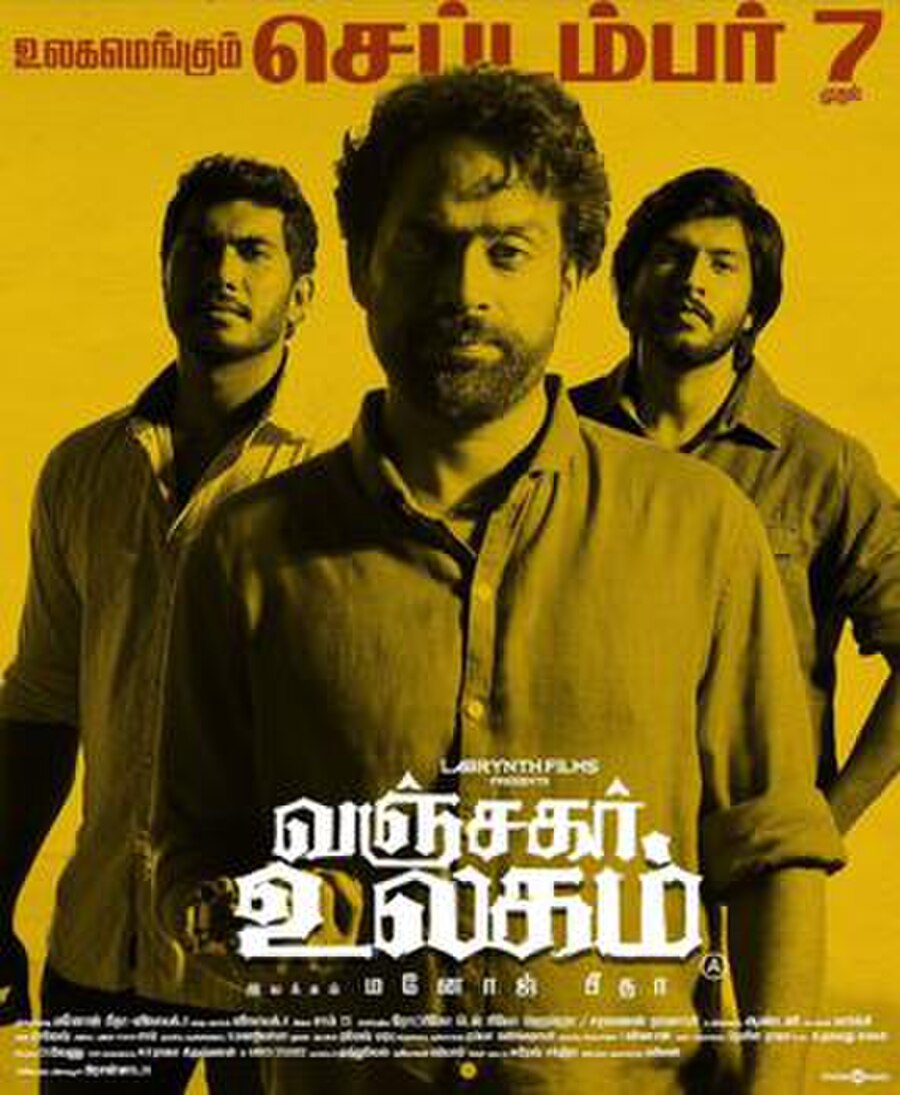 Vanjagar Ulagam is a 2018 Indian Tamil-language crime thriller film directed by Manoj Beedha in his directorial debut with dialogues written by Beedha and Vinayak. The film stars Guru Somasundaram, Ciby Bhuvan Chandran, Vishagan Vanangamudi, Anisha Ambrose and Hareesh Peradi, with Vasu Vikram, John Vijay, Azhagam Perumal, and Chandini Tamilarasan in supporting roles. The film is also set to be the first Tamil film in to use both Carnatic music and dubstep for a song. The music is composed by Sam C. S. while cinematography is handled by Rodrigo Del Rio Herrara and Saravanan Ramasamy. The film was released in India on 7 September 2018.