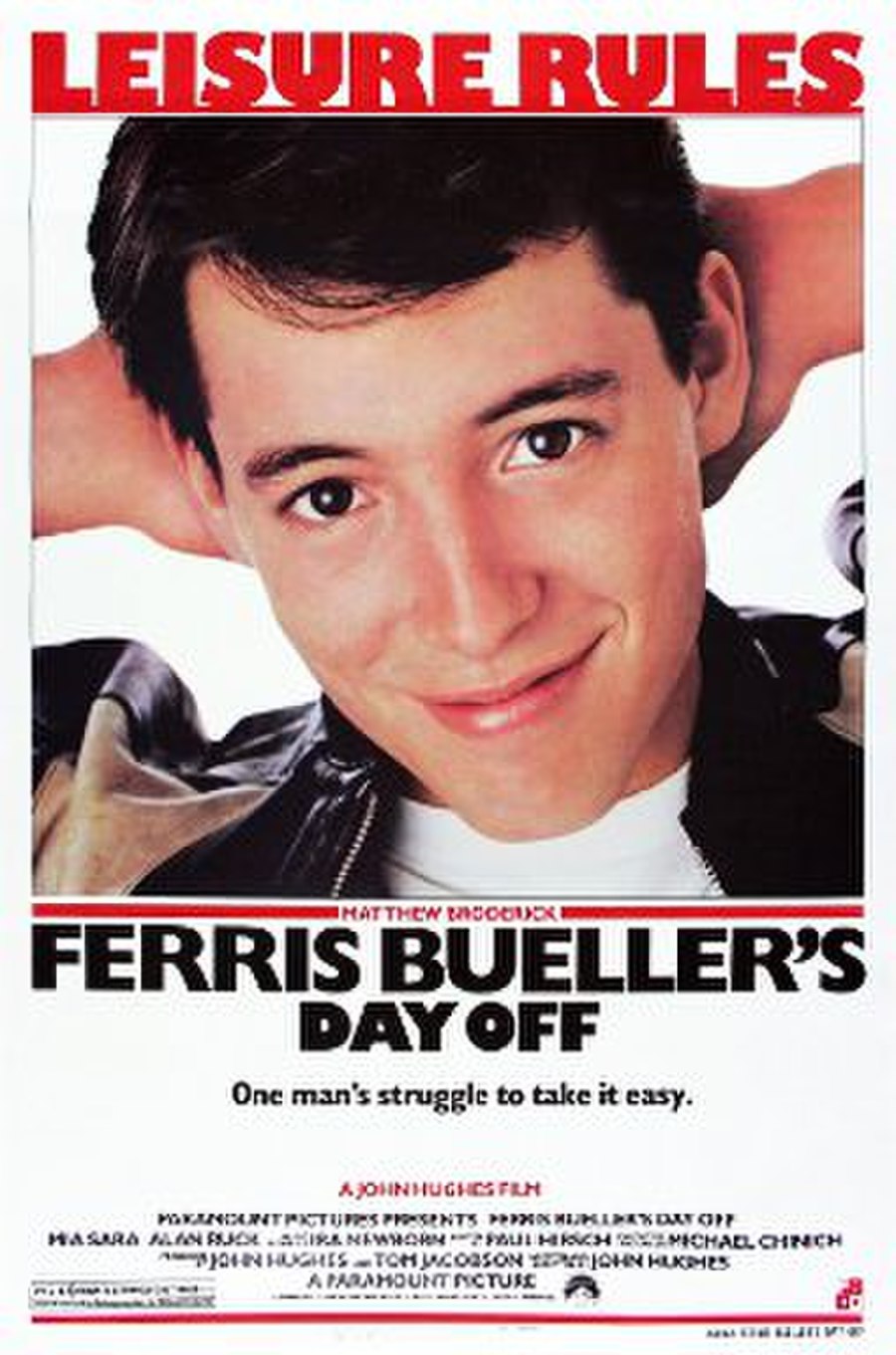 Ferris Bueller's Day Off is a 1986 American teen comedy film written, co-produced, and directed by John Hughes and co-produced by Tom Jacobson. The film stars Matthew Broderick, Mia Sara, and Alan Ruck with supporting roles by Jennifer Grey, Jeffrey Jones, Cindy Pickett, Edie McClurg, and Lyman Ward. It tells the story of a high school slacker who skips school with his best friend and his girlfriend for a day in Chicago and regularly breaks the fourth wall to explain his techniques and inner thoughts.

In a Chicago suburb one month before graduation, high school senior Ferris Bueller fakes illness to stay home from school. His parents believe he is ill, though his sister Jeannie does not. After learning Ferris stayed home for the day, the Dean of Students Ed Rooney is determined to expose Ferris's chronic truancy.