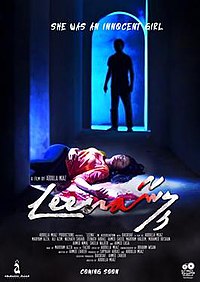 Leena (Mariyam Azza), a dedicated young woman working at island's council, awaits a confirmation for her application of a medical scholarship. Persuaded by her colleague and friend, Faathun (Nuzuhath Shuaib), Leena begins a romantic relationship with an IT technician, Huzam (Ali Azim). In the meantime, Satthar (Ahmed Saeed), the corrupted chief of island council schemes a plan to misuse the government money for personal gain with the help of Zuhoor (Abdulla Muaz), the security guard of island council. In need of money to abort his girlfriend, Sama's (Zeenath Abbas) child, Zuhoor agrees to execute the plan. Leena's dreams are shattered when she gets meddled in their plan.