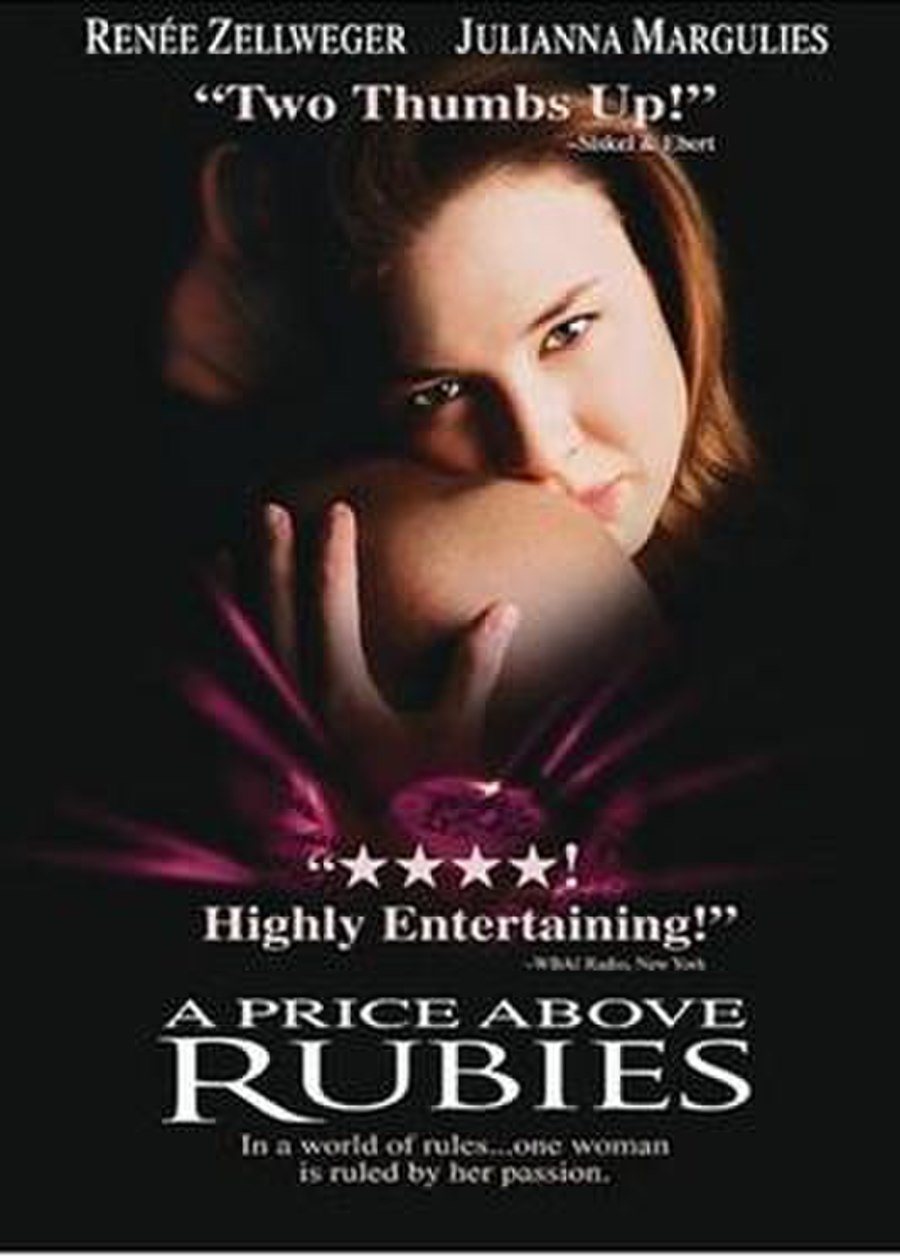 A Price Above Rubies is a 1998 British-American drama film written and directed by Boaz Yakin and starring Renée Zellweger. The story centers on a young woman who finds it difficult to conform to the restrictions imposed on her by her community. Reviews of the movie were mixed, though generally positive to Zellweger's performance.

The film tells the story of Sonia (Renée Zellweger), a young Brooklyn woman who has just given birth to her first child. She is married, through an arranged marriage, to Mendel (Glenn Fitzgerald), a devout Hasidic Jew who is too repressed and immersed in his studies to give his wife the attention she craves. He even condemns her for making sounds during sex and considers nudity with sex "indecent".