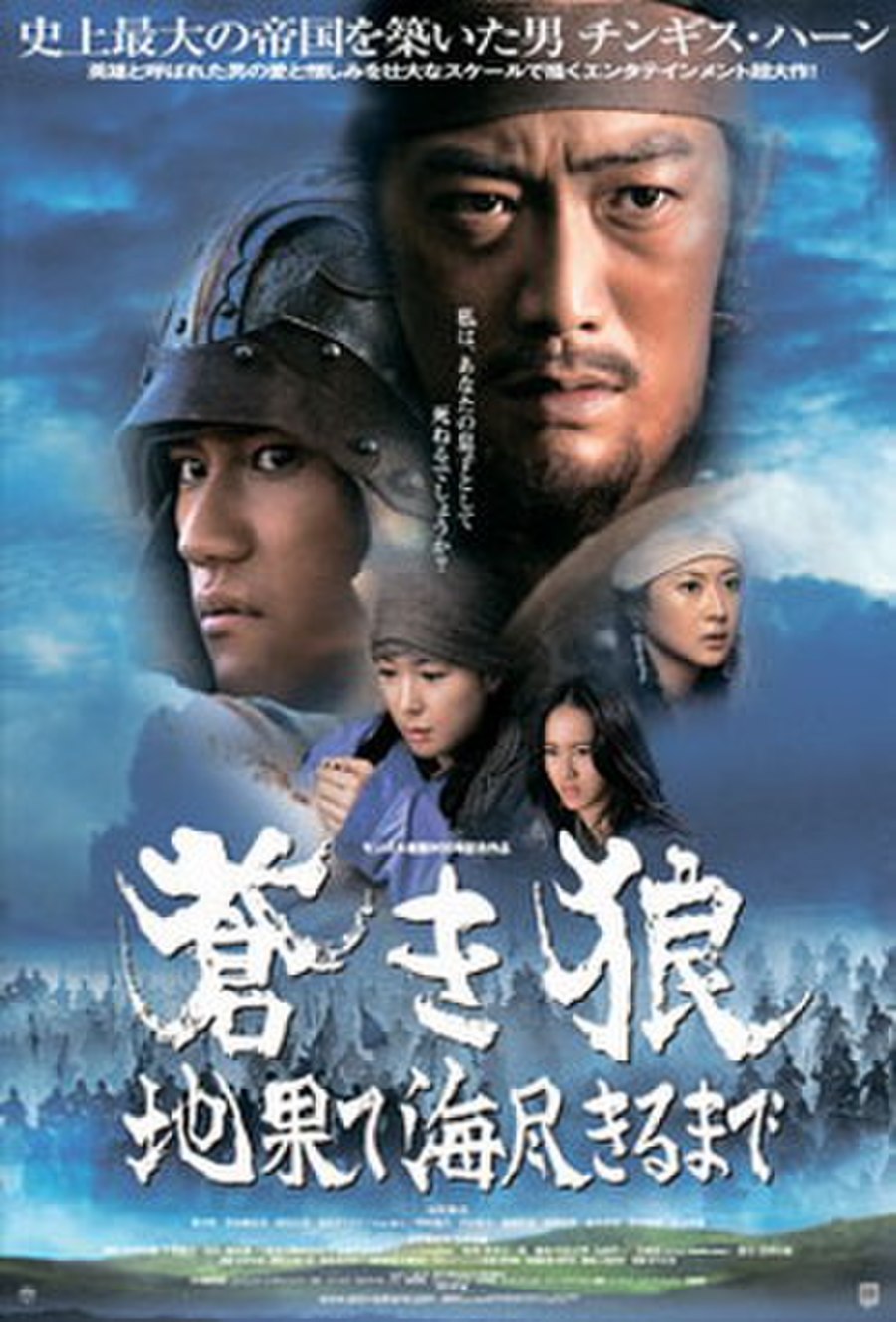 Genghis Khan: To the Ends of the Earth and Sea 2007

is a 2007 Japanese – Mongolian historical drama film depicting the life of Genghis Khan.

Temujin (Takashi Sorimachi) is born to the chief of a Mongolian tribe, and grows up as the one who carries the blood of “blue wolf”. He grows up and marries Börte (Rei Kikukawa). But one night, she is taken away by another tribe. Temujin rescues her, only to find her pregnant. She later gives birth to a boy . As the boy may be a son of a stranger, Temujin names him Kuchi (Kenichi Matsuyama), meaning outsider, and refuses to accept him as his son. The time goes on and Temujin is enthroned as the King of Mongolia. He changes his name to Genghis Khan and pledges to avenge his long-time enemy, the Jin Dynasty. Genghis Khan finally acknowledges Kuchi as his own son, and they decide to fight together, but Kuchi is killed by the enemy. The lonely battle of Genghis continues without end. A historical drama about the life of Genghis Khan, a hero who united the Mongol Empire and conquered half the known world.