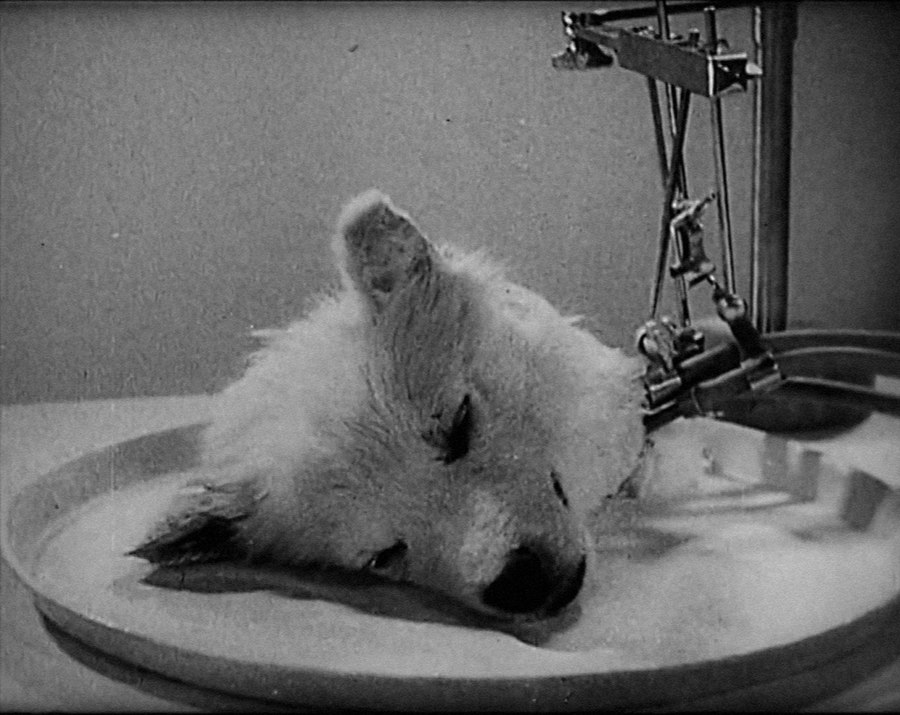 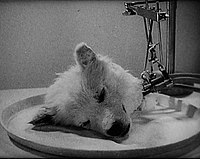 Experiments in the Revival of Organisms 1940

Experiments in the Revival of Organisms is a 1940 motion picture which documents Soviet research into the resuscitation of clinically dead organisms. It is available from the Prelinger Archives, and it is in the public domain. The operations are credited to Doctor Sergei Brukhonenko and Boris Levinskovsky, who were demonstrating a special heart-lung apparatus called the autojektor (or autojector), also referred to as the heart-lung machine, to the Second Congress of Russian Pathologists in Moscow. It was filmed at the Institute of Experimental Physiology and Therapy, which is also in Moscow. The heart-lung machine was designed and constructed by Brukhonenko, whose work in the film is said to have led to the first operations on heart valves. The autojektor device demonstrated in the film is similar to modern ECMO machines, as well as the systems commonly used for renal dialysis in modern nephrology.