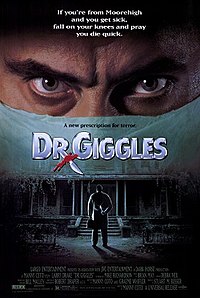 In the town of Moorehigh in 1957, the patients of Dr. Evan Rendell kept disappearing. The townspeople found out the father and son duo had been ripping out the patients' hearts — in an attempt to bring back the doctor's dead wife. The townspeople stoned Dr. Rendell to death, but Evan Jr. disappeared.